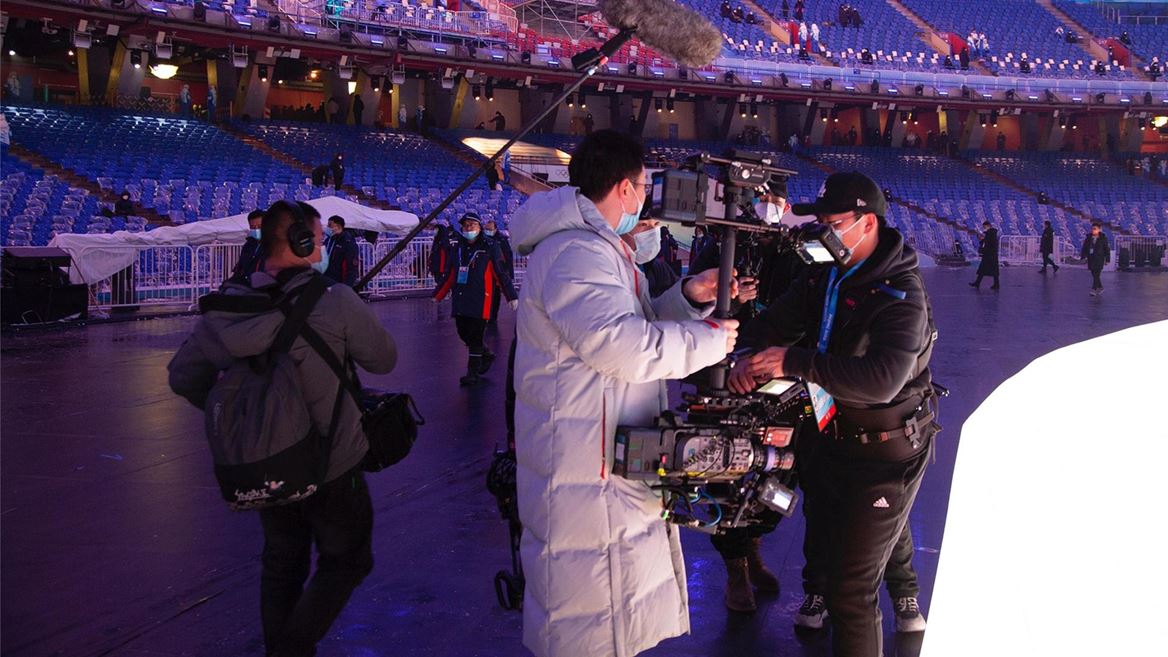 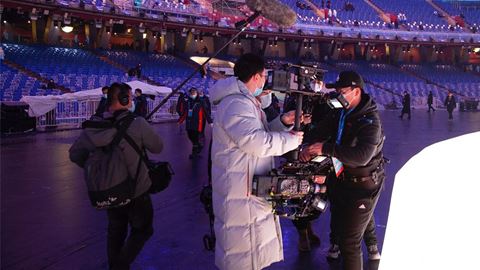 20 Feb 2022 – Award-winning Chinese filmmaker Lu Chuan has been busy over the last fortnight, managing the challenging task of shooting the Official Film of the Olympic Winter Games Beijing 2022 amidst a pandemic, with a closed loop system splitting the host city into two zones.

It is the first time, in more than 100 years of Olympic films, that the emblematic film has been shot under such conditions. Lu, who is hailed as a major new voice in Chinese cinema, says he found innovative ways to work around the restricted conditions.

We spoke to the director about the creative process over the last two weeks, and also the discoveries he has made, filming the Olympics.

What has been the biggest challenge of shooting the official film during the Games with COVID restrictions and the closed loop system?

The greatest difficulty and challenge for our official Olympic film crew was restricted access as a result of the COVID-19 situation.  As an ambitious film crew that wanted to capture every moving moment of the Olympic Winter Games Beijing 2022, we were faced with restrictions in accessing the athletes. It was difficult for me, as I am used to pushing my shootings to the extreme, and also for the young crew who are so passionate about the film. I knew that we were in the service of this grand event, and we could not get in the way of the competitions and athletes. Still, as the film director responsible for documenting and telling the story of the Beijing Games, we could not always reach the characters at the centre of the events as much as we would have wanted.

Was there something about the Olympic Games that you discovered that surprised you or that you were not quite expecting? What was it?

I have always been a soccer fan, but I must admit that I became a true fan of winter sports through the Beijing Olympics. I even asked my wife to help me buy skates and skis. Every day since the Opening Ceremony, every moment gave me surprises when I watched the competitions and followed the athletes. It has been a fascinating and fresh world of sports for me, and I am sure many Chinese people have felt the same way. The Winter Olympics have kindled the enthusiasm of countless Chinese people for winter sports.

Is there a “tone” that you feel is developing for the film? And if so, could you tell us what it is?

I have come to feel a convergence of power in the daily accumulation of footage. It is a positive, passionate, open, moving and fearless emotion – something fascinating and touching that I can draw from the daily footage and athletes’ emotions. I hope that this film will be able to convey this kind of sensation in the future.

Finally, what do you hope to convey or achieve with this Official Film?

I hope that audiences at home and abroad can enjoy this film. I hope to convey the emotions that I experienced during the Beijing Olympics to the audiences around the world. In the context of the pandemic, thousands of athletes from all over the world gathered in Beijing to practise the supreme spirit of sports and provide fantastic performances for people worldwide. It’s a truly incomparable story. I feel very honoured to be involved in creating such a film.

Olympic films: a collection of cultural and heritage value

The aim of the Official Film is to bring a unique editorial angle to the Olympic Games experience and seek to capture the soul of a specific edition of the Games while also considering the broader social and cultural context.

Documenting every edition of the Olympic Games since the early 20th century, the Olympic Film Collection managed by the Olympic Foundation for Culture and Heritage (OFCH) comprises more than 50 feature-length films that offer a cinematic window onto defining moments in the history of the modern Games.