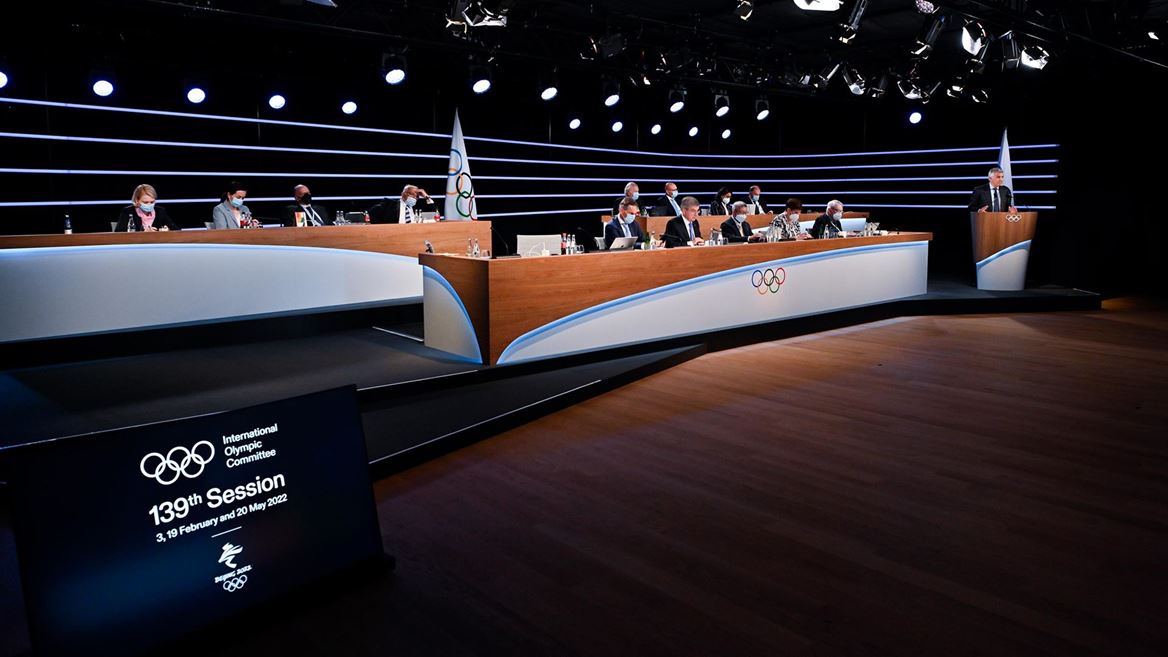 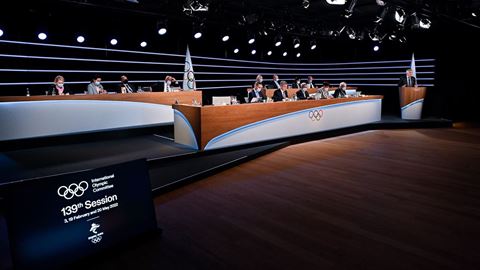 20 May 2022 – An interim report on the Olympic Winter Games Beijing 2022 and important updates from Paris 2024 and Milano Cortina 2026 provided a positive outlook for the Olympic Movement at today’s International Olympic Committee (IOC) Session.

The Chair of the IOC’s Beijing 2022 Coordination Commission, Juan Antonio Samaranch, presented the Commission’s initial summary of this year’s Olympic Winter Games. In his remarks, he commended their “excellent delivery”, while also expressing his belief that these Games featured “probably the best-ever Winter Games programme”.

With the final Beijing 2022 Coordination Commission report due to be presented at the IOC Session in Mumbai, India, in 2023, Samaranch highlighted that these Games were already historic for many reasons.

Beijing 2022 was the most gender-balanced Olympic Winter Games in history, with women accounting for 45 per cent of the athletes and men 55 per cent. The Games featured the highest-ever number of women’s events (46), and 53 per cent of events featured female athletes.

TV coverage was impressive, with more hours of coverage broadcast than any previous Olympic Winter Games, including record coverage through digital platforms.

In addition, Chair Samaranch highlighted the success of the COVID-19 countermeasures, which resulted in a positivity rate of only 0.01 per cent, thanks to a comprehensive plan built on the premise of a closed-loop management system.

Sustainability and legacy were other key contributors to the success of the Beijing 2022 Games. All venues were powered by renewable energy for the first time at the Olympic Games, while Beijing 2022’s key legacies are illustrated by the fact that nearly 350 million Chinese people engaged in winter sport in the lead-up to the Games.

After organisers marked 800 days to go until the Olympic Games Paris 2024 earlier this week, the Organising Committee and the IOC’s Coordination Commission Chair, Pierre-Olivier Beckers-Vieujant, reported today that Games preparations are now advancing into the operational phase.

Earlier in the week, the number of International Federation Delegates (TDs) and International Technical Officials (ITOs) was approved by the IOC Executive Board, as per the proposal of the respective IFs and in accordance with the Olympic Charter. The overall number required to officiate the 329 events across the 48 disciplines on the Olympic programme for Paris 2024 is 1,973. This represents a decrease of 85 IF officials (TDs and ITOs) compared to Tokyo 2020, following optimisations from past Games editions.

Plans for the spectacular Opening Ceremony on the River Seine continue to develop, while the recent confirmation of the competition schedule has allowed preparations for the launch of hospitality packages and ticket sales to advance. To support this, the Club Paris 2024, an engagement platform designed to connect with fans and raise awareness of the Paris 2024 sports and events, is being used to help promote key announcements and timelines, including the launch of public ticket sales in early 2023.

The team in Paris have been busy growing engagement through a number of initiatives, including their Terre de Jeux Paris 2024 programme, which now has nearly 3,000 affiliated entities, as well as the Club Paris 2024, which has now exceeded 400,000 members.

Earlier this year, Paris 2024’s Olympic and Paralympic Week (Semaine Olympique et Paralympique) saw 750,000 students across 5,000 schools get active in what is an annual programme promoting exercise and the Olympic values. A core element of this programme has been encouraging youngsters to participate in at least 30 minutes of exercise each day, an initiative which is supported by the French Ministry of Education and that is now being undertaken by half a million children every day throughout the year.

After a busy summer, which includes some exciting plans around Olympic Day in Seine-Saint-Denis focused on sport and culture, and the Two Years to Go milestone, Paris will welcome the IOC’s Coordination Commission in August. This will give Commission members the chance to visit some of the venues, including those under construction – the Olympic and Paralympic Village and the Aquatics Centre.

As the Milano Cortina 2026 Organising Committee continues to grow, now with over 130 staff members, it has been busy strengthening relationships with IFs and National Olympic Committees. This is key to advancing preparations for each of the sports, developing a calendar of testing activities, and working towards finalising the venue masterplan by the end of this year.

Milano Cortina 2026 explained that other operational developments relating to energy, accommodation, transport, the Olympic Villages and media operations are advancing, all of which are underpinned by sustainability and legacy ambitions.

Building on the momentum of this year’s Olympic Winter Games, Milano Cortina 2026 has been implementing various engagement initiatives. A project to find the official song of the Games was held, with “Fino all’Alba” selected following a public vote during the San Remo music festival. More recently, primary and secondary school children across Italy have been taking part in the initial stages of the design of the official mascot.

Milano Cortina 2026’s digital platforms have also been growing. The Organising Committee reported that its Fan Team initiative now has over 180,000 members within its database, all of whom are receiving regular communications about the upcoming Olympic Winter Games.

The next important update on the Milano Cortina 2026 Games will be at the IOC’s Coordination Commission meeting planned for September.