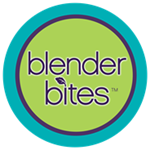 The Division’s reorder will see the Company’s Power Berry club size smoothie pucks replenish inventories at 41 warehouses, including Texas, Louisiana, Oklahoma and Arkansas. The reorder of 28,224 units, or 338,688 pucks, has been dispatched and will arrive at the Division’s club stores in the coming weeks. The addition of the Division to the Company’s distribution network, which was originally announced in October of 2021, has contributed significantly to the Company’s recent record revenue and purchase order numbers (see Company press releases of January 6, 2022, and December 18, 2021, respectively).

In January of 2022, Blender saw a 3000% increase in revenue, the highest revenue for any single month of reporting since inception, which directly correlates to the Company’s successful Southwest and Eastern Canadian division launches.

The Company received its first purchase orders from Southwest Division US club stores for the club size pack of Blender’s Power Berry superfood smoothie pucks in December of 2021, marking a major milestone in the Company’s progress towards brand expansion and customer reach. The Division’s subsequent reorder of the popular Power Berry club size packs indicate consumer satisfaction and growing popularity with US consumers.

Based on data available, and this significant reorder, the Company will endeavour to secure additional distribution agreements with other US divisions of the leading club store chain to further Blender presence in the world’s largest smoothie market.

Entry and expansion into the US market play a significant role in the Company’s revenue growth and brand recognition since the US market for smoothies is expected to reach US$17 billion by 2026, at a CAGR of 10.1%. With the company continuing to perfect its production capabilities, Blender intends to capitalize on this enormous opportunity and enjoy a substantial portion of the rapidly-growing US smoothie market.

“We are delighted to hear that the Southwest Division club stores are reordering our Power Berry SKU. This illustrates the success and satisfaction of Blender products among US consumers. I believe the success with the Southwest Division club stores will lead to distribution of Blender products at additional locations, fuelling the current growth trajectory the Company is witnessing,” stated Chelsie Hodge, the Company’s CEO and Founder. “We have received an outpouring of support from new consumers who have discovered our one step smoothie, they couldn’t be happier with the convenience, taste and quality of our products, we are just thrilled.”

ABOUT BLENDER BITES
Blender Bites is a Canadian company involved in the development and marketing of a line of premium frozen food products with a focus on functionality. Blender Bites was founded in 2016 and was first to market in Western Canada with a pre-portioned “easy smoothie” product that is free of any unnecessary inner plastic packaging. Blender Bites products are certified organic, vegan, non-GMO, gluten free, dairy free and soy free. They contain no added sugars and are made in Canada. Blender Bites products are distributed internationally across Canada and the US, and are currently sold in over 900 stores, including Sobeys, Safeway, Save on Foods, Whole Foods Market, Buy-Low/Nesters, IGA and Fresh Street.

On behalf of the Board of Directors,
Blender Bites Limited