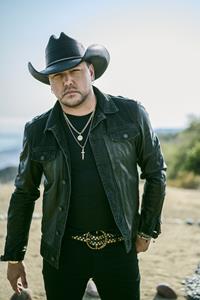 Advance tickets starting at $50 will go on-sale This Wednesday, January 19 at Noon local time at TrillerFightClub.com and ToyotaCenter.com. Home of the NBA’s Two-Time World Champion Houston Rockets, the Toyota Center is located in Downtown Houston at 1510 Polk Street.

Aldean is a three-time Academy of Country Music “Entertainer of the Year” and continues to be a card-carrying member of Country’s elite touring headliners. Following 26 number one songs, the multi-platinum entertainer will release his tenth studio album, Macon, Georgia on April 22 with his fans expected to pack the Toyota Center at Triad Combat II.

Triad Combat is a revolutionary, new combat team sport which incorporates boxing and MMA rules in an aggressive, fast-paced manner with the fighters competing in a specially designed triangular ring over two-minute rounds featuring professional boxers competing against professional mixed martial arts fighters. The specific motto of leveling the playing field between the two sports utilizing crossover gloves and with holding allowed is meant to offer boxing and MMA fighters an even battleground where neither opponent has a greater advantage.

Triad Combat II will once again be produced by the award-winning Nigel Lythgoe, the Triller Fight Club visionary in addition to the producer and creative force behind American Idol and So You Think You Can Dance.

FITE and Triller Fight Club are owned by TrillerVerz Corp, a first-of-its-kind company consolidating technology and content platforms to lead the move to Internet 3.0. TrillerNet pairs the culture of music with sports, fashion, entertainment and influencers through a 360-degree view of content and technology. TrillerVerz Corp—which owns the globally popular Triller app used by musicians, celebrities, athletes, and overall culture setters—has more than 300 million users worldwide. The Triller app—unlike other popular short-video apps it is often compared to, encourages its users to post the content created on the app across other social media platforms and websites. The app uses proprietary AI and Machine Learning technology which is uniquely tied to the content rather than the user. By tracking the content, Triller empowers its tastemakers and users to push their content virally to affiliated and non-affiliated sites and networks reaching hundreds of millions of additional users. Data and insights gleaned from the Triller network, its creators, artists and users (from the app and off network) are used to program longer-form content, connect users across the web with the content, and provide unprecedented opportunities for engagement and monetization. TrillerVerz Corp has developed highly successful campaigns that begin with the app and continue throughout the entire content and technology ecosystem with some of the biggest brands in the world, including Pepsi, McDonalds, Weedmaps, DraftKings, L’Oreal, and many others. TrillerVerz Corp offers brands a unique content and technology solution, including direct deals with the influencers and celebrities. This branded content journey starts with short-form video and can easily expand into valuable long-form content distributed through the Triller Network, such as live-event boxing and music PPVs, fashion shows, and episodic reality content on TrillerTV. Some of the more than 65 original half-hour TrillerTV shows include The D’Amelios Family’s “Ask a DAM Question,” Jennifer Lopez In The Morning, Jake Paul: Staying On Top, 2 Chainz Let’s Do It, DJ Khaled’s Spreading Love, Hype House’s Thomas Petrou’s Coffee Talks, Josh Richards’ Josh Pong, Ur Lov’d: the Noah Beck Show, Fat Joe’s Masterclass, The Perez Hilton Show, and Violet Benson’s Too Tired To Be Crazy, among others. TrillerNet additionally owns Verzuz, the massive live-stream music platform launched by Swizz Beatz and Timbaland, and Triller Fight Club (www.TrillerFightClub.com), which launched last year with the highly successful Tyson-Jones Fight which shattered digital PPV records. Other holdings include leading AI-powered customer engagement platform Amplify.ai, and FITE, the premier live event and PPV, AVOD, SVOD streaming platform.

The three-time ACM “Entertainer of the Year” has bolstered 26 No. One hits, 15 billion streams and more than 20 million albums sold while “MACON exhibits Aldean’s dynamic approach to Country music” (American Songwriter). Notably, seven of Aldean’s previous studio albums have been certified PLATINUM or more and he has the most Top 10 song on Billboard’s Hot Country Songs chart, more than any other artists, since making his chart debut in 2005. Aldean just wrapped the “explosive run” (Tulsa World) behind his BACK IN THE SADDLE TOUR 2021, as he continues be one of a card-carrying member of Country’s elite headliners whose incendiary tours are nearing legendary status. The multi-Platinum singer has launched Wolf Moon Bourbon, an 80 proof bourbon that has been distilled from Midwestern grains and aged for four years offering a finish of caramel, oak and spice. For more information, visit www.JasonAldean.com.