by GlobeNewswire
in Entertainment
247 5
0 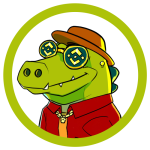 Istanbul, June 06, 2022 (GLOBE NEWSWIRE) — Crocky Inu ($CROC), a project based on the convergence of three of the most significant inventions of the 21st century that have influenced our way of life and the current market: mobile phones, social media, and blockchain, is officially holding its much-anticipated Private sale for early investors.

According to the announcement, the Private sale will commence on June 06, 2022 at 06 PM UTC. The Private sale price has been set at 1.5M $CROC per BNB, with a hard cap of 55 BNB. The minimum buy amount is set at 0.2 BNB, whereas the maximum buying amount is 2 BNB.

The Private sale will be followed by a Pre-sale on PinkSale, which will commence on Monday, June 13, 2022. The presale will have a hard cap of $200 BNB and a price of 1M $CROC per BNB.

The token $CROC, a new cryptocurrency developed by the Crocky Inu team, is the project’s core component. The $CROC token is crucial since it will not only represent a purchasable currency that can be used within the ecosystem as a utility token, but it will also be used within Crocky Inu and third-party projects in the future. $CROC, therefore, provides the token with a wide range of utility and high validity, which is further assured by the team’s staking protocol.

The NFTs created by influencers for the social network are a collector’s item as well as a product to be enjoyed on the platform, but they are also a tool to invest in the performance of Crocky Inu Collections.

Rather than investing in a crypto token and hoping for it to gain in value, rewards tokens pay users while they wait. Rewards tokens generate passive income, or revenue that users receive without doing anything. Simply hold the position and see the money increase in the crypto wallet. Ownership of the NFT provides for a passive return on all the profits generated by that content.

Users monetize the emotional connection between fans and athletes, actors, musicians, and other social network influencers by purchasing NFTs; this experience engages both the individual user and the entire community.

The $CROC token and content purchases in NFT are thus excellent opportunities for early adopters to grow alongside the platform and profit from this internal licensing mechanism within the distribution network.

25% of incomes generated from the application through premium features and ads will be used to buy and burn $CROC monthly, another 25% will be distributed among 500 NFTs holders, while the other 50% will be used to further develop the project/application.

The app will have an additional function that allows users to simply tip the person with whom they are conversing. (Supported network: BEP20 & ERC20).

Each Buy and Sell transaction will have a 10% tax, which is further divided in the following way:

To get more information about Crocky Inu ($CROC), visit the project’s official website or check out the whitepaper.

Crocky Inu token is a project that combines three of the most important inventions of the 21st century that have influenced our lifestyle and the current market: mobile phones, social media, and blockchain.

Crocky Inu is ultimately owned by the community, which means it supports collaborative efforts in marketing, development, community administration, and other areas. Crocky Inu is committed to the long term. The project’s aims are for long-term ecosystem growth, which will result in a profitable investment that will outlast any temporary trends.