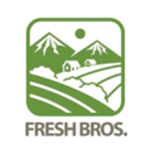 Las Vegas, Jan. 07, 2022 (GLOBE NEWSWIRE) — Perhaps one of the biggest downsides to enjoying cannabis products is the incredible urge to mindlessly snack—usually on not-so-great foods. ‘Munchies’ are actually caused by some of the 150 compounds found in the cannabis plant, including tetrahydrocannabinol or THC, interacting with your brain’s endocannabinoid system. Each cannabinoid produces a different effect based on how it interacts with the brain—specifically the CB1 and CB2 receptors.

But scientists have discovered a rare and minor cannabinoid found deep inside specific hemp strains that may provide many of the same benefits as other cannabis and hemp compounds, like THC or cannabidiol or CBD, without the urge to devour food.

It’s called Tetrahydrocannabivarin or THCV, and the experts at Fresh Bros™ are out in front of this trend.

Often called one of several nicknames, including “diet THC” or “skinny pot”, many say it’s the best of both worlds–providing similar relief as experienced with CBD, without getting the munchies typically associated with using THC. But, THCV distillate goes a step further and may actually act as an appetite suppressant, dulling the urge to eat large portions or outside of meal time. In addition, THCV distillate is isolated from Sativa plants and has been shown to give consumers a strong boost of energy–instead of the dreaded THC-related lack of motivation.

According to the initial research, THCV may also have the ability to reduce anxiety levels in patients suffering from PTSD, improve tremors and other motor control issues, including those associated with Alzheimer’s disease. But research is finding that THCV may go even beyond those abilities–possibly able to stimulate bone cell growth and provide anti-inflammatory effects. In fact, medical researchers are now looking into THCV and how it may provide relief for osteoporosis and other bone-related conditions.

Extracting this compound from the hemp plant isn’t easy–or cheap–because there isn’t much of it in the plant to begin with. It’s transformed into distillate through the same methods used with other cannabinoids–using CO2 or ethanol to separate the compounds from the plant. The solution is then evaporated with heat under a vacuum to remove all the gas and leave a high-purity THCV concentrate behind. THCV potency falls in the 90-98% range–making it even more sought after than many other cannabinoids out there.

Although this compound can be hard to find, THCV distillate can be found at Fresh Bros™–one of the most trusted names in hemp. THCV distillate and THC syrup are easy and convenient to use on their own or in addition to your favorite foods or beverages. And the lucky few who have already tried THCV say it packs a punch–with a high that comes on quickly but may wear off faster than other cannabis compounds, including Delta-9 THC.