FirstElement Fuel, the largest hydrogen fueling network in the world, closes Series D round of $105 Million

The monies from Air Water, MUFG, Nikkiso, and Japan Infrastructure Initiative will help the company build out its California True Zero Hydrogen Network from 31 stations to 80 stations by 2024

IRVINE, Calif., Nov. 8, 2021 /PRNewswire/ — FirstElement Fuel Inc., which began as a California start-up with a vision to establish a hydrogen refueling network and has grown to be the world’s largest hydrogen retailer, closed a $105 Million Series D funding round.  The capital comes in from Air Water, MUFG Bank, Ltd. (MUFG), Nikkiso, and Japan Infrastructure Initiate (JII) as FirstElement Fuel is actively executing on its plan to build out its California Hydrogen Network from 31 True Zero Stations to 80 stations by 2024.  At least 12 of the 80 stations will be capable of refueling heavy-duty trucks in addition to light-duty cars. 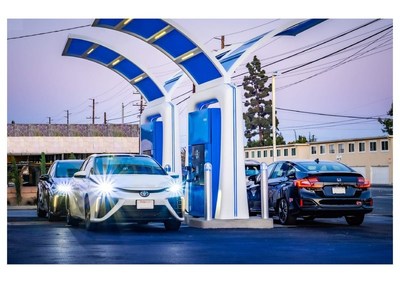 “It’s very encouraging to have partners like these who share our vision of what can be accomplished when we build a network of hydrogen stations,” said Joel Ewanick, Founder and CEO of FirstElement Fuel Inc.  “The whole team at FirstElement is very appreciative of all the financial support we are getting so that we can continue to build our vision of a hydrogen network that serves cars and heavy-duty trucks as well as expand from 31 stations to at least 80 over the next few years.”

MUFG, Air Water, Nikkiso, and JII will join Mitsui, Japan Bank for International Cooperation, and Air Liquide as investors in FirstElement.  Additionally, FirstElement has received over $125 Million in public funding from the California Energy Commission, the South Coast AQMD, and the Bay Area AQMD.

FirstElement opened its first hydrogen station in December of 2015 and since then the company has led the development of stations in California, opening the largest number of stations in the State as well as the largest capacity refueling stations in the world.  The Series D funding is the largest round of private capital raised by FirstElement Fuel thus far, and was brought in shortly after the California Air Resources Board and California Energy Commission implemented policies designed to encourage private investment to play a more significant role in developing California’s Hydrogen Refueling Infrastructure.

FirstElement is unique in offering the largest network of hydrogen stations in the world supplied by Liquid Hydrogen rather than gaseous.  Liquid hydrogen distribution and storage is far more efficient, which is helping drive down the cost of hydrogen at the dispenser by 25%.

In just six years FirstElement Fuel has dispensed enough hydrogen into fuel cell electric cars to drive over 170 Million zero emission miles, and has avoided more than 110 million pounds of CO2.  It’s only the beginning as FirstElement’s 31 stations, all in California so far, have been regularly breaking single day, and 7-day records.

Learn about our True Zero Network at truezero.com 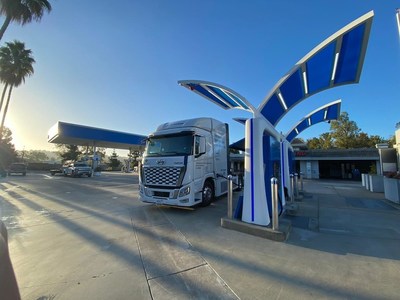 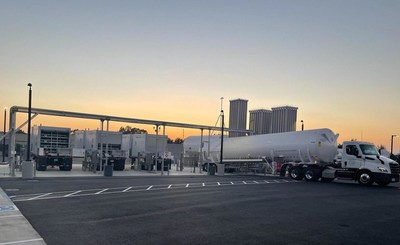