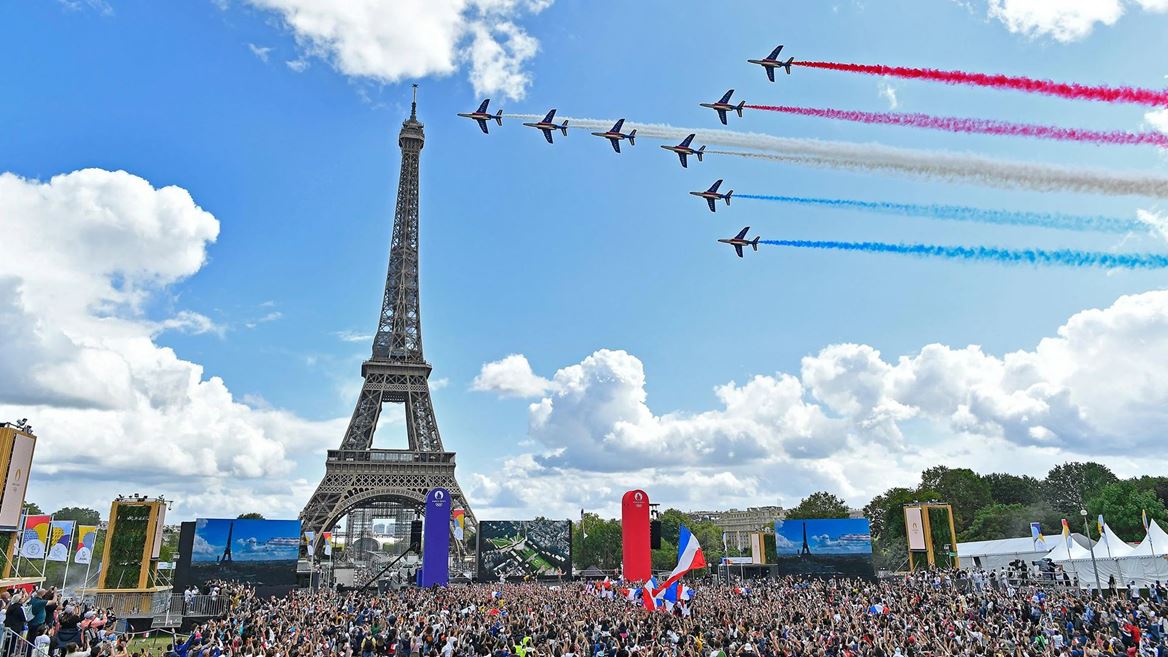 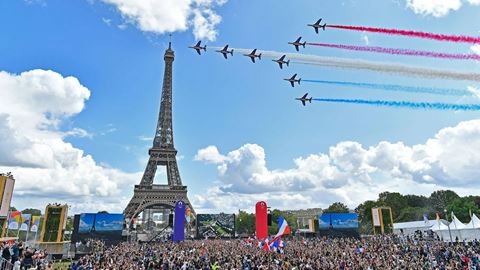 17 Jun 2022 – In the shadow of the Eiffel Tower, along the banks of the River Seine and across the French territory, Paris 2024 aims to open up the Games – promoting young, urban sports while keeping a strong athletic dimension, fully embracing Olympic Agenda 2020 and achieving gender balance for the first time.

In a series of articles that first appeared in Olympic Review edition 117, we asked journalists in the upcoming host countries of the Olympic Games to describe what the Games will mean for their communities. Writers from Paris, Milano and Los Angeles described their very personal visions with passion and enthusiasm.

Alain Lunzenfichter, Honorary President of the Olympic Journalists Association (OJA), Honorary member of the International Sports Press Association (AIPS) and former Deputy Editor-in-Chief of L’Équipe, sets the scene for the next Olympic Games, which return to the French capital of Paris after a 100-year absence

Games for the world

On the evening of the Closing Ceremony of the Paralympic Games Tokyo 2020, on 5 September 2021, Paris truly started the countdown to the Olympic Games in 2024.

Bringing the Games to the French capital again was not an easy task; the “City of Light” needed four attempts to get the green light from the IOC, which it achieved on 13 September 2017 in Lima (Peru).

It is true that the candidature for 2024 bore little resemblance to the previous attempts, with the man in charge of it, Bernard Lapasset, scrutinising every detail. He had to start by convincing a lot of people, including the Mayor of Paris, Anne Hidalgo, that it was worth approaching the IOC once more. The former World Rugby Chairman even managed to convince the workers’ unions, who had damaged the previous bid by going on strike when the IOC Evaluation Commission was visiting in March 2005. Alongside Lapasset was Tony Estanguet [now the Paris 2024 President] who helped him focus on Olympic Agenda 2020, which the President of the IOC had launched in December 2014 in Monaco.

Quite simply, no French candidature had ever been as well prepared as that for the Olympic Games 2024 – and that is very much evident today, less than three years outfrom the Opening Ceremony.

Even so, since it was elected as the host in September 2017, Paris has painstakingly built up a project that will be the first to fully implement Olympic Agenda 2020 into every part of its Games planning, and in particular its legacy aspects. These will be the first gender-equal Games in history, with 5,250 men and the same number of women competing in the 32 sports and 48 disciplines on the programme. Paris 2024 is seeking to promote young, urban sports featuring art, dance and music whilst maintaining a very strong athletic dimension. Breaking, skateboarding, sport climbing and surfing tick all these boxes.

The visual identity is also ground-breaking as, for the first time ever, the same emblem will be used for both the Olympic and Paralympic Games. Simplicity is at the heart of the Paris 2024 Games concept: very little new construction (just two sports venues, compared to an average of about a dozen at previous editions of the Games), and only infrastructure that meets a long-term need.

Opening up the Games

For their part, the pools in Saint-Denis and Aubervilliers will offer children the chance to learn to swim after the Games. This is important because, according to Saint-Denis Mayor Mathieu Hanotin, six out of 10 children don’t know how to swim by the time they go to secondary school. Meanwhile, the two villages (for the athletes and the media) will become new residential zones in areas that badly need them.

From the outset, Paris 2024’s ambition has been to “open up the Games”. That means opening up new prospects for residents, and opening up different audiences to create closer links between sport and art, and between artists and athletes. This will be achieved through a creative Cultural Olympiad and Olympic festival on the streets of the host city, delivered in the service of world peace and in the spirit of respect for one’s opponent.

Opening up the Games also means not limiting them to the city of Paris itself, but rather including the whole of France, including the wider Paris region, the north of the country for handball, Marseille for sailing, various cities for football and, in line with wishes expressed by French President Emmanuel Macron, the island of Tahiti for surfing, almost 16,000km away.

Despite this distance, the organisers have undertaken to reduce the carbon footprint of these Games by half compared to previous editions, and are seeking to create a new standard for sports event organisation aligned with the Paris Climate Agreement. To achieve this aim, Paris 2024 is continuously seeking to measure the climate and environmental impact of the project, exploring all possible solutions for avoiding and minimising carbon emissions, and reducing the footprint of the Games at source and throughout the organisational lifecycle.

The launch of Paris 2024’s innovative “Terre de Jeux 2024” label means that all local authorities, from the smallest villages to the biggest cities, are being invited to get directly involved by implementing initiatives to develop sport within their territory and promote the Games.

As a result, more than 2,300 towns, departments, regions and other entities representing almost 30 million people will be flying the flag for Olympism by organising events in the build-up to Paris 2024. In some cases, these local authorities can also apply to receive financial support from domestic sponsors to create facilities for skateboarding or 3×3 basketball. By doing this, the Paris organisers are following the IOC’s recommendation of using the Games to combat increasingly sedentary lifestyles throughout the country by promoting sport as a valuable tool for improving health and well-being.

In partnership with Paris 2024, the Ministry for National Education, Youth and Sport is also trialling a programme to introduce 30 minutes of physical activity each day in primary schools in France. The Generation 2024 label is awarded to schools and colleges that take steps to include more sport in the timetables of their pupils and students.

To enable each French person to feel like an Olympian, a public marathon will be organised over the route used by the athletes.

In addition, bicycle lovers will get the chance to take part in a race in Georges Valbon Park in Seine-Saint-Denis. Club Paris 2024 members, who currently number around 150,000, will have priority.

An Opening Ceremony by the Seine

Paris 2024 also wanted to move the sporting competitions outside of their traditional venues, on a scale never seen before. The most iconic locations and monuments in Paris and France will thus provide a magnificent setting for performances by the world’s greatest athletes, and create unexpected encounters between sport and French patrimony.

There will be sports contested beneath the Eiffel Tower, at the Grand Palais, on Place de la Concorde, and on the Esplanade des Invalides, all linked to the River Seine. And let’s not forget the globally renowned sports venues that regularly host major events, such as Roland Garros, the Stade de France, Parc des Princes, and the Golf National.

Paris 2024 is also studying the feasibility of holding the Opening and Closing Ceremonies in the heart of the city for the first time in the history of the Olympic Games, transforming a ceremony with tens of thousands of spectators in a stadium into one with hundreds of thousands in the city centre, with the River Seine at its core and the iconic monuments of Paris providing a natural backdrop [Since the publication of this article in the Olympic Review, Paris 2024 has confirmed that the Opening Ceremony of the Olympic Games Paris 2024 will be held on the River Seine].

On 8 September 2021, the Olympic flag, the Paralympic flag and the Paris 2024 flag set off on a journey around France, starting in Saint-Denis, which will be hosting many of the events, before going further afield to be met by the people of Saint-Ouen, Ile Saint-Denis, La Courneuve, Nantes, Saint-Quentin and the rest of France.

T-Series and Wakaoo Films Collaborate for a Long-term Association