KOCHI, India, May 23, 2022 /PRNewswire/ — An Indian brand is ready to enter the biscuit market in India which is now dominated by the huge International Biscuit manufacturers. ‘Craze Biscuits’, which made waves in the Indian biscuit market in the 1990s, after a sabbatical break, promoted by new investors is back in the competition with quality and health benefits. Craze is a brand that was very popular in the ’80s for its taste and was uniquely identified by the jingle done by A.R. Rahman. Craze later put a stop to the business following a financial crisis. Craze Biscuits is now manufactured from Kozhikode, Kerala, the place where Vasco da Gama landed in India in search of spices. The brand is now acquired by the Azcco Global Group, which has a network of more than 50 supermarkets in Saudi Arabia, Kuwait, Bahrain, the UAE, and Africa and will be re-launched to the market with more than 40 varieties. In the first phase, Craze Biscuits will be available in India and in the Gulf countries.

The Azcco Group is owned by Mr. Abdul Azeez Chovanchery, a Keralite and expatriate businessman. He steps in with a brand from India from his hometown at a time when the entire world was on a verge of the Covid- 19 lockdown crisis and was struggling even to run existing businesses. Craze Biscuits will be manufactured in an international standard factory in Kozhikode Kinaloor Industrial Park covering an area of 1.5 lakh square feet. It is equipped with world-class machinery and food technology. The chairman Mr. Abdul Azeez said that Craze Biscuits will launch a new variant every three months. Mr. Abdul Azeez recounted the immense support from the government of Kerala for his idea of investing in the biscuit manufacturing sector in Kerala. The Industries Minister of Kerala Mr. P. Rajeeve was always there as a benefactor and supported this initiative to happen in Kerala- the state which has been many times criticized for not being investor friendly.

“The project was first unveiled at the ‘Meet the Investor’ event organized by Mr. Rajeeve in October 2021. The minister himself took the initiative to get the permits expeditiously. The approach of the Government of Kerala is to enhance the confidence of those who come to start ventures.” said Abdul Azeez.

CRAZE Biscuits is in the process of bringing out a large range of high-quality biscuits, cookies, and baked confectionary for the consumption of people in South India and the Middle East. Craze will soon be in the market with a range of recipes prepared by world-class biscuit makers and international food technologists. Craze biscuits will offer this market a truly wide range of biscuits, cookies, crackers, and other baked confectionary using premium ingredients from its top-of the- line new installation in Kerala.

AZCCO Global is a privately owned international trading and distribution company with many years of experience in the fields of importing and distributing. The basic function of the company is to source, market and distribute supermarket foodstuffs and beverages from both the domestic and overseas markets. AZCCO Global started out as a small business in 1992 when the core business of the company at that time was supplying vegetable and small retail outlet with grocery items. The company has grown rapidly since then and now employs over 1000 people with warehouse and office space in the main economic centers of Kingdom of Saudi Arabia, Kingdom of Bahrain and State of Kuwait with the head office situated in Dubai, United Arab Emirates. 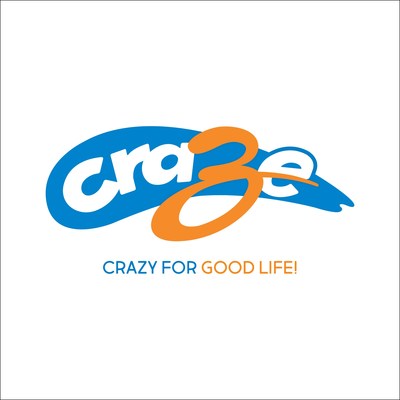 Strong Studios and The Cartel Announce Start of Production

Hilarious Dialogues From AndTV Shows To Tickle Your Funny Bones!