IOC President Thomas Bach extends the hand of the Olympic Movement to the European Union, to work further together 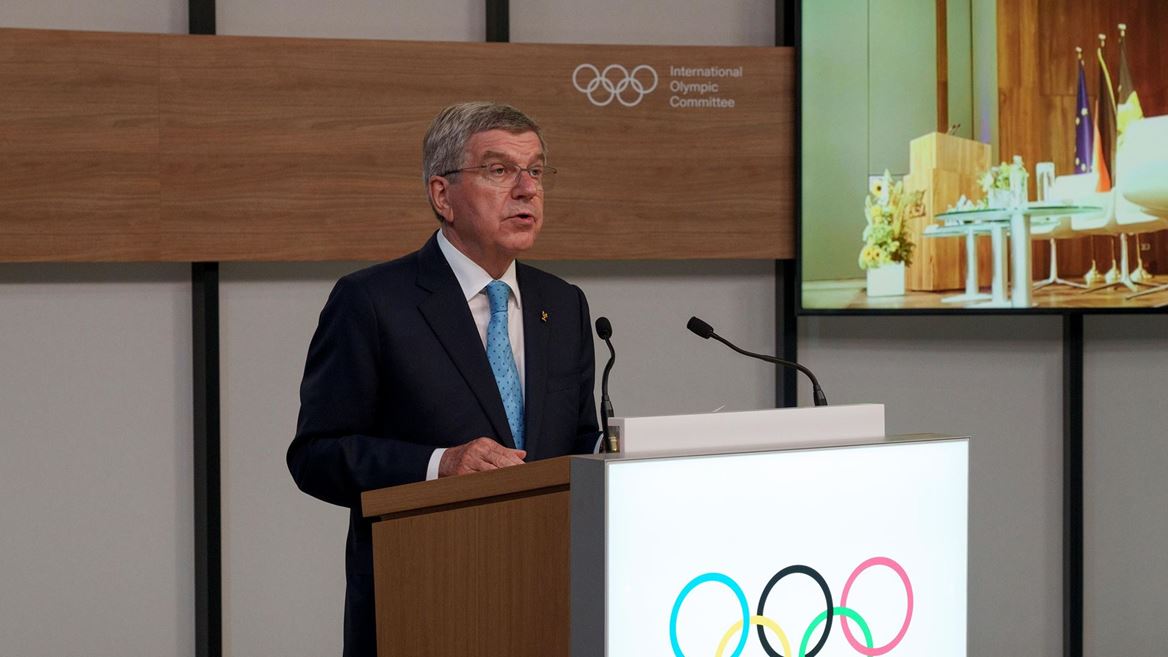 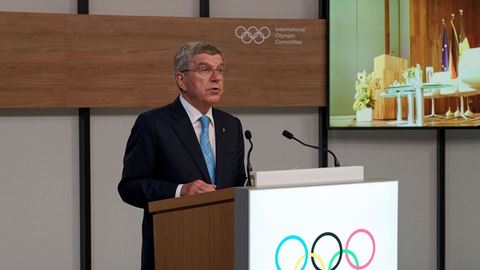 22 Jun 2022 – In these times of crisis, the International Olympic Committee (IOC) will promote peace and solidarity more than ever. Addressing the participants of the European Evening of Sport in Brussels, Belgium, IOC President Thomas Bach said: “Our mission is to make the world a better place through sport. This Olympic mission is not a political mission. This Olympic mission is a humanitarian mission. In these extremely difficult times, we all need this mission to promote peace and solidarity more than ever. Our response to the war in Ukraine is only the most recent illustration of this.”

He continued: “As always in times of crisis, we look for the opportunities. Our opportunity is that, exactly in these divisive and confrontational times, people around the world are looking for a unifying force. A unifying force that brings humankind together. And this the Olympic Movement can offer; we can offer with our mission to unite the entire world in peaceful competition.”

The event was held for the sixth time in Brussels and hosted by the European Olympic Committees (EOC) and its President and IOC Member Spyros Capralos. The guests included Mariya Gabriel, EU Commissioner responsible for sport; Emma Terho, Chair of the IOC Athletes’ Commission and an IOC Executive Board Member; Andrew Parsons, President of the International Paralympic Committee (IPC) and an IOC Member; Vadym Guttsait,  the Ukrainian Minister for Youth and Sport; athlete representatives from all over Europe; Glen Killane, Executive Director of Eurovision Sport at the European Broadcasting Union (EBU); and other senior representatives from European institutions and the Olympic Movement.

In his keynote speech, President Bach addressed the multiple existential crises that Europe is facing simultaneously, including the Russian invasion of Ukraine, the global pandemic and the climate crisis. He underlined the role of sport in addressing these and their numerous challenges and extended the hand of the Olympic Movement to the European Union, to work together for a more peaceful, healthy, resilient and sustainable future.

.@IOCmedia President Thomas Bach is delivering a video message in which he takes stock of the global state of play in regards to present challenges ranging from climate to politics and how sport offers endless possibilities in confronting these present dilemmas. #EEoS2022 pic.twitter.com/cqy8D0h4Yb

President Bach spoke about the importance of sport and physical activity for healthy living: “We have also learned that obesity and cardiovascular predispositions and other non-communicable diseases were the reason for the vast majority of mortality during the pandemic. For all these non-communicable diseases and predispositions, sport is the low-cost, high-impact tool par excellence for prevention. For all these reasons, we can truly say: Sport can save lives.”

He thanked Commissioner Gabriel for her collaboration with sports organisations in Europe on this topic: “I would like to express my great appreciation and my gratitude to Commissioner Mariya Gabriel, who has initiated the ‘Healthy Lifestyles for All’ campaign and the European Week of Sport. Commissioner Gabriel, with this you are setting a shining example for efficient cooperation between governmental authorities and civil society for the benefit of people and their health.”

The IOC President also reflected on the importance of the European Sport Model in enabling public authorities to deliver on their economic and social policy agenda in this post-pandemic world. “In these difficult times we are living through, we need this values- and solidarity-based European Sport Model more than ever,” he said, before extending the IOC’s hand for further collaboration: “In the spirit of the new Olympic motto – ‘Faster, Higher, Stronger – Together’ – I am extending the hand of the Olympic Movement to the European Union, to work together for a more peaceful, healthy, resilient and sustainable future,” President Bach said.

Sergii Bubka told the guests about the outpouring and unprecedented solidarity from across the Olympic Movement following the Russian army’s invasion of Ukraine. The IOC set up a fund to help the Olympic community in Ukraine following the start of the war. Currently the fund amounts to USD 2.5 million. “The sport movement reacted very strongly and showed firm unity. I would like to address my thanks to the IOC and the global Olympic community to support Ukraine. It is important for Ukraine that our flag continues to rise. Let’s stay together with Ukraine,” he said.

Earlier on Tuesday, the IOC President also held virtual meetings with the Vice-President of the European Commission, Margaritis Schinas, and with Mariya Gabriel. He was accompanied by Spyros Capralos, Andrew Parsons and Sergii Bubka. They discussed the further development of sport in Europe and the reaction of the IOC and the Olympic community to the invasion of Ukraine by the Russian army.

EU Vice President Schinas said afterwards on Twitter: “In these turbulent times a pleasure to exchange with IOC President Thomas Bach, Sergii Bubka, Spyros Capralos and Andrew Parsons on our common European and Olympic values. Grateful for the exemplary and unequivocal stance of the whole Olympic Movement on the war in Ukraine.”