by GlobeNewswire
in Uncategorized
240 12
0 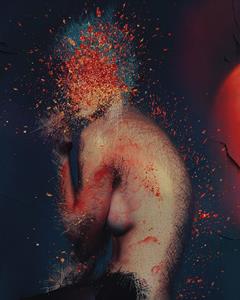 “NFTs are at the forefront of a cultural and artistic revolution. Projects like Esposito’s are just the tip of the spear at disrupting the traditional film industry by democratizing access to production funds, and offering new ways for filmmakers to interact and connect with fans,” explained Alexander Bercow, arts partnership manager at OpenSea.

The collection came together to support female-driven content created by female directors.

The collection incorporates early rewards for fans and supporters. “FRESH KILLS” NFTs, will include perks like executive producer credits, red carpet premiere invites, visits to set and even a cameo on the film.

“The NFT space to me is freedom. Freedom for the artist and freedom for the people who take part in the journey of that NFT. Having these incredible artists step forward and give their support not only to my film but also to female-driven content made by female directors is magical. This kind of collaboration through NFTs is the future,” said Jennifer Esposito.

Esposito and producers Alexis Varouxakis and Christine Crokos have already adopted a novel funding model. “FRESH KILLS” became the first feature film owned and traded by a global fan base.

“FRESH KILLS” seeks to support underrepresented voices, empower artists to be heard and people to participate in the success of the film. A percentage of profits from the film will support future films made by women.

In full support of that spirit, acclaimed artist Ali Sabet will be donating a curated collection of his works to the team’s sale. Additionally, international electronic music artist Paris Blohm is donating an exclusive music track into one of the sales one of one pieces.

“There are moments in your life that you know you have to step up and serve. Helping Jennifer to bring her vision to life of a female narrative is one of those moments for me,” explained NFT artist Ali Sabet.

“As someone who is still navigating the waters of this space and developing projects like SoundMint, I’ve realized just how underrepresented female voices are in this industry. This is a change that needs fuel to the fire.”

ABOUT THE FILM & NFT PROJECT

“FRESH KILLS” is a gripping drama that tells the story of the loyal women of an organized crime family that dominated some of the boroughs of NYC in the late 20th century. Unlike the typical mobster movie formula, “FRESH KILLS” is written from the perspective of women within organized crime, the fear, violence and the rage that dictates who they are and who they become.

Esposito’s team has already hinted at a future partnership with other NFT leaders to launch what they described as a ground-shaking NFT project to revolutionize the Film Industry’s move into Web 3.0.

More details on the sale’s ongoing community development and architecture will be released on their website prior to the sale date.

Gala Mirissa ranks amongst the top sales in the rank list of NFT by CryptoArt.io. She was named by BeInCrypto on International Women’s Day 2021 as one of the three most influential hispanic women in the cryptocurrency industry using NFT (non-fungible token) technology.Creator of the first NFT of ELLE magazine, specifically the cover of February (Spain) with the top model Barbara Palvin.

Mike Gonek is a platinum producer and composer known for his innovative sound design and unique soundscapes. His records have been cut by artists like Chris Brown, Usher, PartyNextDoor, and others. As a global DJ and the other half of Torro Torro, Mike has toured the world with artists like Diplo, Skrillex, Zedd, and Dillon Francis.