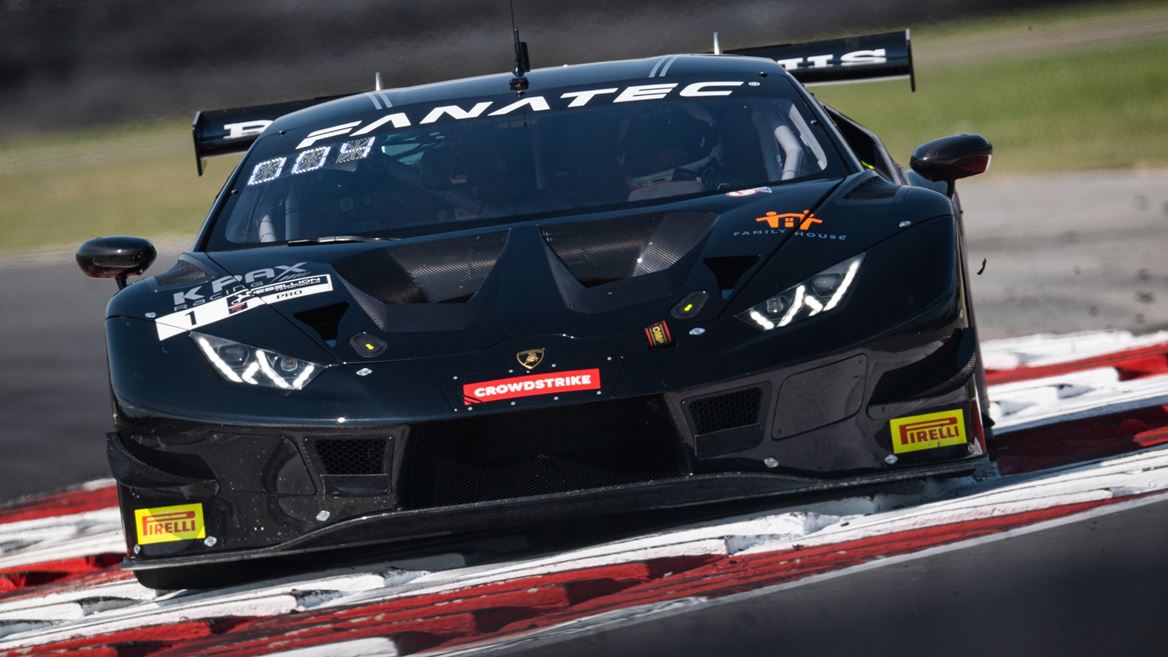 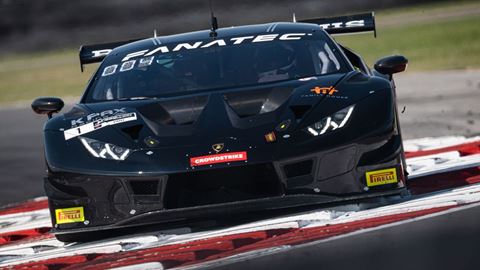 The latest success in the US-based championship means that Lamborghini has won at least one race in nine of the 10 GT World Challenge America rounds it has contested since joining the series in 2021.

The weekend began brightly for the #1 car as Caldarelli and Beretta set the fastest time (1m34.248) in the opening free practice session around the 4.423 km circuit close to the city of New Orleans. The TR3 Racing Lamborghini of factory driver Giacomo Altoè – alongside Ziad Ghandour – was third quickest, just over three-tenths of a second adrift. Caldarelli and Beretta finished the second practice session fifth, with Ghandour and Altoè just behind in sixth.

Beretta got a great getaway as the green flag flew and led the #3 car of Goikhberg intot the first corner as the front-row starting Mercedes had a slow launch off the start. The pack soon bunched up at the start of the second lap as race organisers threw a full course yellow following an opening lap incident. At the restart, Beretta replicated his original getaway as Goikhberg fended off a strong attack from the BMW of Michael Dinan at Turn 1.

Beretta quickly opened up a gap of nearly 20 seconds over Goikhberg before the mandatory driver-change pit window opened. He brought the #1 car into the pits at the first opportunity to swap with Caldarelli, with Goikhberg also coming to change with Pepper. Now at the wheel of the #3 machine, Pepper began to gradually reduce the deficit to Caldarelli, to just under 23 seconds before the race was neutralised for a second time, after a collision between Robby Foley’s BMW and the Mercedes of Loris Spinelli.

The race restarted once more with just over four minutes remaining, with Caldarelli and Pepper leading a Lamborghini one-two to the chequered flag. Caldarelli’s victory margin in the end was 5.474 seconds, with Ghandour and Altoè taking fourth place in the Pro-Am category. Caldarelli started race two from sixth and held position for the bulk of the opening stint, while Pepper enjoyed a promising start to the race, running in fourth.

The #1 then moved up to fifth before the pit stop window opened, rejoining with Beretta at the helm in second. Beretta then chased down and passed the Acura of Lamborghini Super Trofeo North America racer Ashton Harrison to grab the lead. From then, it was a case of building a margin over the chasing Acura, which Beretta duly did, eventually coming home some 13 seconds clear at the flag.

Meanwhile, across the pond in Europe, Lamborghini also tasted success in the second round of the International GT Open championship at Paul Ricard in France. Kevin Gilardoni and Glenn van Berlo (Oregon Team) finished second in race two to move into joint second in the standings. The pair are tied on 38 points with the sister car of Leonardo Pulcini and Benjamin Hites.