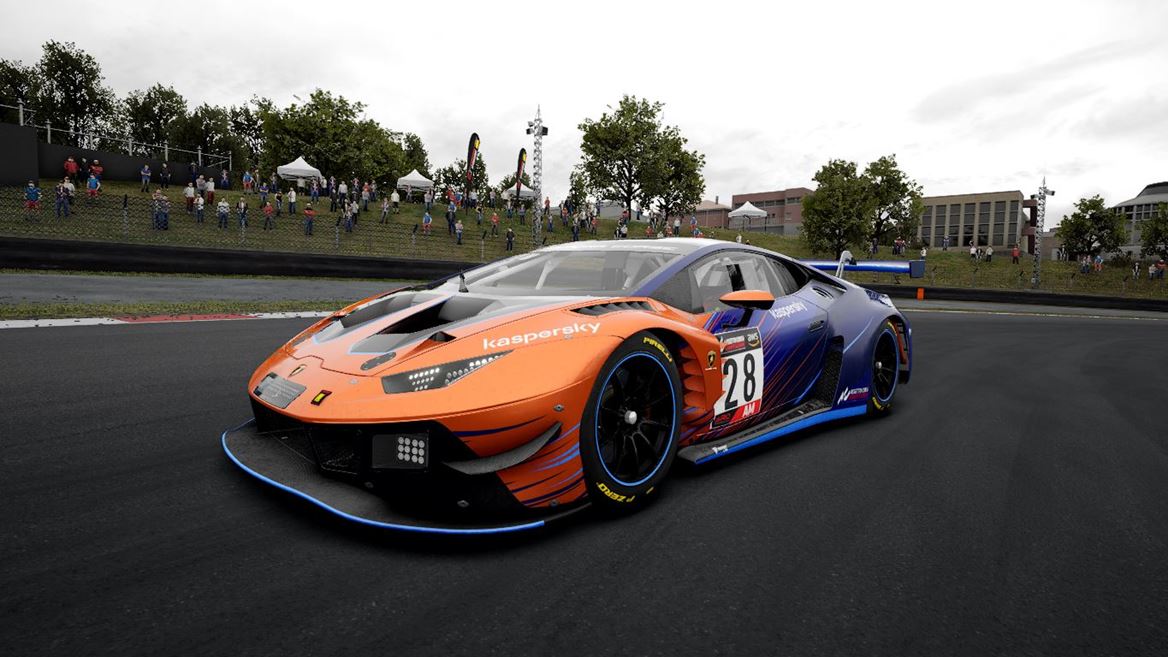 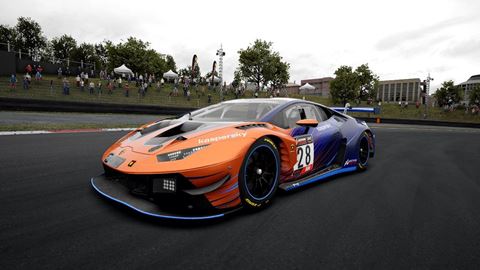 Sant’Agata Bolognese, 29th November 2021 – Lamborghini Esports today announced the winners of The Real Race competition following a final which took place on the legendary track of Misano Adriatico. The Real Race series began in June and reached its conclusion in November, pitting 3,150 sim drivers from around the world against each other on the Assetto Corsa Competizione platform.

Events took place across three regional championships. 750 sim drivers took part in the Asia Pacific competition, 800 participated in North America and Latin America, and 1,600 drivers registered for Europe, Middle East and Africa. Over ten races they competed for a chance to visit the home of Lamborghini at Sant’Agata Bolognese, Italy, and the opportunity to become Lamborghini’s first official sim driver. The Real Race consisted of 169 Italians, 160 American drivers, 156 French, 141 German, 129 drivers from Great Britain, 95 Australians, 91 participants from Brazil, 22 Austrians, 31 Japanese, 28 Russians, 16 Swiss, and 13 Chinese. 64 sim drivers took part in the competition from Africa and 19 from the Middle East.

Once again Lamborghini saw huge interest in The Real Race, positioning it as a highlight of the Esports racing calendar. Sim drivers from around the world were able to compete at the virtual wheel of the Lamborghini Huracán GT3 EVO – the car that has won the Daytona 24 Hours for three consecutive editions between 2018 and 2020. Lamborghini’s iconic Huracán appeared in-game with an exclusive paint job for the competition highlighting the event’s partners, Kaspersky, Secretlab and Assetto Corsa Competizione, and was customizable in 12 different configurations by competitors.

Following a hard fight in all of the three final races, the following drivers were crowned champions: Jordan Sherratt (Republic of South Africa) for Europe, Middle East and Africa, Fidel Moreira (Brazil) for North and South America, and Andrew O’Hara (Australia) for Asia Pacific. Sherratt, who finished third in the 2020 championship overall standings, stated: “The season was intensely packed of competition right from the start, and to come out on top with 3 rounds to go for me was a huge achievement! This competition defiantly elevated me to a new level in terms of consistency and bringing my 110% to every round of the competition, so I’m very happy with my performance. Lastly, I’d like to say thanks to Lamborghini, the organizers and all the sponsors for making this prestigious competition possible”.

The three champions will take part in a shootout at the Lamborghini headquarters in Sant’Agata Bolognese, including an R&D sim session and a test at the wheel of a real Lamborghini racecar on an Italian circuit. The stand-out driver will then be selected as Lamborghini’s official sim driver for the 2022 season.

Find below the top rankings of each regional championship:

Full results are available on The Real Race official website:

The event was an emotional second edition that allowed many racecar lovers to discover and rediscover their love of racing and the flagship model from Lamborghini.

“We are very proud to have been able to carry out this international sim racing competition in the last six months and that it went so well”, says Federico Foschini, Chief Marketing and Sales Officer of Lamborghini. “This edition of The Real Racewas very much a success with an average of more than 200 competitors in each event and a huge number of players in all three regional championships. The best sim drivers in the world have joined The Real Race and proved themselves once more. We can’t wait to welcome the winner for an out of this world experience at our headquarters in Italy and to provide one of them with the opportunity to start their Esports career by becoming Lamborghini’s first official sim driver.”

Lamborghini is an automotive brand strongly engaged in the sports and esports ecosystems. The Real Race competition was also highlighted during the traditional World Finals of the Lamborghini Super Trofeo on the Marco Simoncelli Track in Misano, between 27 and 31 October. During this public event, the audience had the opportunity to try out a professional sim rig and to drive the Huracán Super Trofeo EVO2, which made its first appearance in Assetto Corsa Competizione.

The result of Secretlab’s collaboration with Lamborghini was also on display at the finale of The Real Race on Sunday. In a tribute to the fanatical attention to detail that both brands are known for, every stitch, every shade and every material is carefully considered to deliver the ultimate in-gaming chair luxury. Designed in the same spirit of excellence and competition, the Secretlab for Automobili Lamborghini Collection is equipped with all the ergonomic improvements of the Secretlab Titan Evo 2022. The chair will be available on the market in 2022.

During the same period, audiences were also able to discover Lamborghini and other models in other games, such as the Essenza SCV12 (only 40 real models exist worldwide) that made its appearance in world-famous mobile racing game Asphalt 9: Legends during a special challenge created for the occasion. The Challenge attracted 888,000 participants. The more extreme version of the Huracán STO debuted in Rocket League, the multiplatform game combining sports cars and soccer, on the occasion of the Battle of the Bulls during the Championship Series X Lamborghini Open. The event attracted 1.15 million unique viewers across the tournament with 109,000 average viewers and an audience peak at 137,000 concurrent viewers on Twitch.

Kaspersky is a global cybersecurity and digital privacy company founded in 1997. Kaspersky’s deep threat intelligence and security expertise is constantly transforming into innovative security solutions and services to protect businesses, critical infrastructure, governments and consumers around the globe. The company’s comprehensive security portfolio includes leading endpoint protection and a number of specialized security solutions and services to fight sophisticated and evolving digital threats. Over 400 million users are protected by Kaspersky technologies and we help 240,000 corporate clients protect what matters most to them. Learn more at www.kaspersky.com.

With a clear, shared purpose, we are inspired to create, innovate, and push the boundaries of technology. For more than 50 years, Intel and our people have had a profound influence on society. Our ambitions and our opportunity have never been greater. We stand at the brink of several technology inflections—AI, 5G network transformation, and the rise of the intelligent edge—that, together, will shape the future of technology. Silicon and software are at the core of these inflections, and Intel is at the center of it all.

Established in 2014, Secretlab has redefined what people think of when it comes to gaming chairs. Driven by extensive research, development, and cutting-edge engineering, Secretlab’s award-winning chairs are the top choice of the world’s premier gaming tournaments, championship-winning teams and over 1,000,000 users worldwide. Today, Secretlab’s proprietary technology and design innovations continue to push the boundaries in ergonomic comfort and the science of sitting, winning over 40 Editor’s Choice and Best Hardware Awards from leading international publications and reviewers.

Assetto Corsa Competizione is the new official GT World Challenge videogame. Thanks to the extraordinary quality of simulation, the game will allow you to experience the real atmosphere of the FIA GT3 homologated championship, competing against official drivers, teams, cars and circuits, reproduced in-game with the highest level of accuracy ever achieved. Sprint, Endurance and Spa 24 Hours races will come to life with an incredible level of realism, in both single and multiplayer modes. Assetto Corsa Competizione is born from KUNOS Simulazioni’s long-term experience, and it takes full advantage of Unreal Engine 4 to ensure photorealistic weather conditions and graphics, night races, motion capture animations, reaching a new standard in terms of driving realism and immersion, thanks to its further improved tyre and aerodynamic models.

Newegg to Accept Shiba Inu (SHIB) Cryptocurrency as a Form of Payment on Newegg.com in Time for the Holidays

Automobili Lamborghini is a Top Employer Italia 2022, receiving the award for the…

The Most Reliable Hair Transplant Technique for a Natural-looking…

Jan 21, 2022
Direct hair Transplant (DHT) is the world's most advanced procedure for hair transplants. It is a modified…
Prev Next