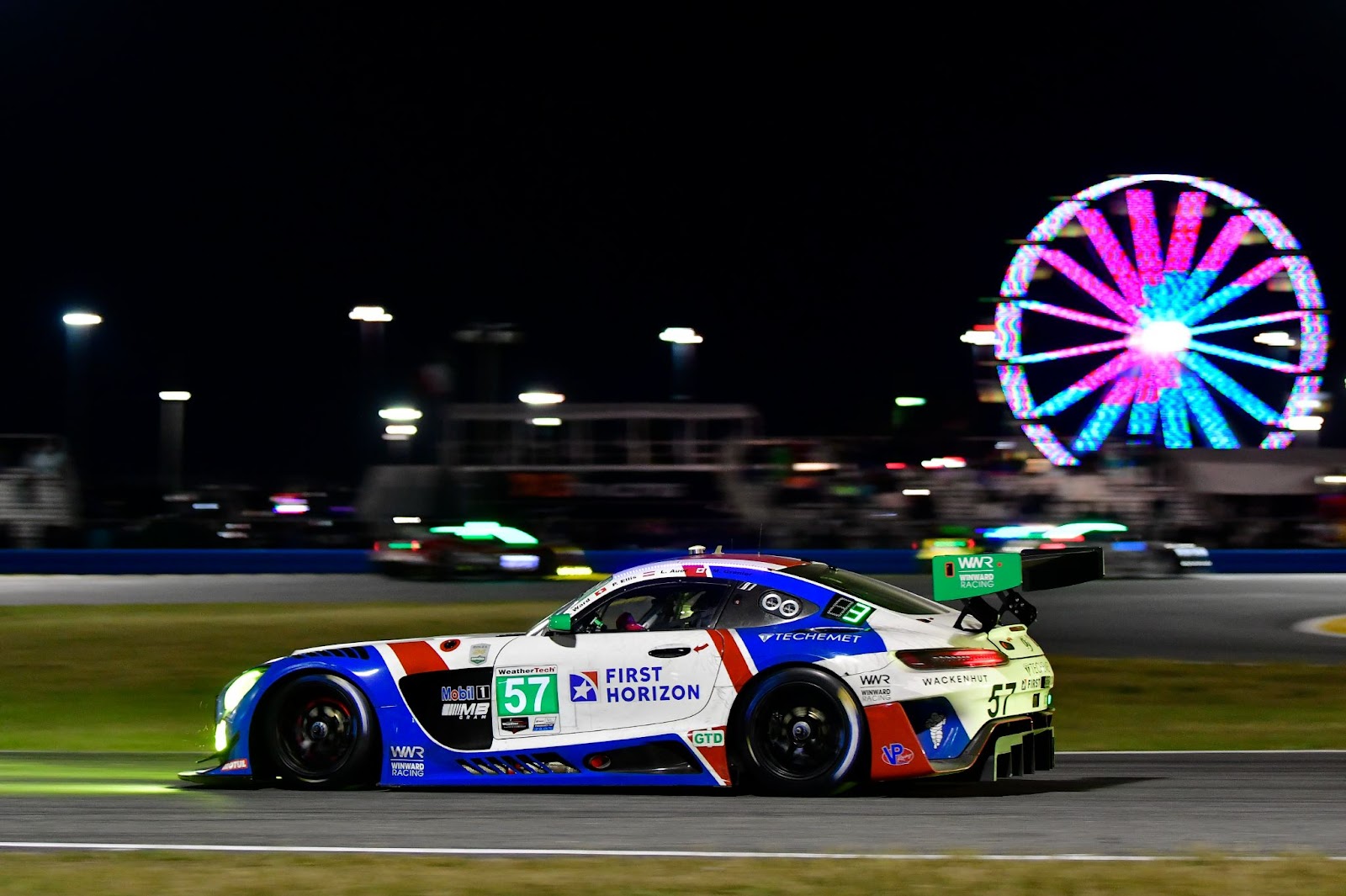 Whats New Market Watch is reporting on Winward’s recent win at the Rolex 24-Hour At Daytona.

Winward Racing surprised many by winning the IMSA WeatherTech SportsCar Championship. This is their first Rolex 24-Hour race. Their No. 57 car is a Mercedes-AMG GT3.

The endurance race had 19 entries in the GTD class. Everyone fought hard around the clock at the iconic Daytona International Speedway. Winward’s victory relied heavily on drivers Philip Ellis, Maro Engel, Russell Ward, and Indy Dontje. It is interesting to note that the second finisher is also a Mercedes-AMG by the Sun Energy 1 racing team bearing No. 75 in this competition.

After the race, Russel Ward revealed that his team was not expecting much since they were moving from GT4 to GT3. Hence, they viewed it as a learning experience. The team prepared for the whole year to put on a good performance.

The hard work certainly paid off with a remarkable finish. Although there were faster cars on paper, Ward thinks their team wanted it more than the others. Photos and videos of the race car are on MbenzGram’s (MB Gram) website and Instagram accounts.

This Houston-based racing team had a rough debut. The drivers had to deal with poor cockpit ventilation, and their drink system didn’t function as intended. These problems could have dampened the spirits of other drivers but not those in Winward. They held onto the lead in 162 of the final 167 laps.

Their spirited battle with the No. 21 AF Corse Ferrari 488 made the race exciting and unpredictable. The two were neck and neck for a long time. Daniel Serra managed to pull ahead for Ferrari, but the lead evaporated in the next pit stop.

Serra stepped aside for Matteo Cressoni, who made bold moves right away. The Ferrari attempted to pass the Mercedes outside of Turn 1. It forced the Mercedes into the grass for a bit until it bumped into the Ferrari by accident, setting off a gentle spin. The Ferrari required bodywork repairs but returned and finished at 8th place.

Meanwhile, No. 57 Winward did its best to hold off other challengers, including the No. 75 Mercedes by Sun Energy 1. Winward went past the checkered flag just 16.329 seconds ahead of its rival.

Maro Engel drove the final laps for the champions. He was filled with pride for the team after the victory. He praised their preparation and determination to win in such a competitive field. Also proud of this incredible achievement, MbenzGram (MB Gram) was proud to be a sponsor of the team.