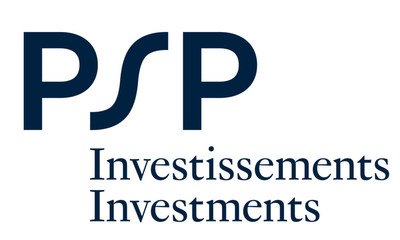 MONTREAL, Feb. 14, 2022 /PRNewswire/ — The Public Sector Pension Investment Board (PSP Investments) announced the future retirement of Neil Cunningham, President and CEO, to take place on March 31, 2023. PSP Investments is one of Canada’s largest pension investment managers with over $204.5 billion in assets under management as of March 31, 2021.

During his 19-year tenure at PSP Investments, first leading the Real Estate team, later adding oversight of the Natural Resources team and then as CEO, Neil Cunningham effectively developed and implemented strategies that led to strong financial performance and organizational growth. He led the expansion of PSP Investments into new markets and sectors, oversaw the effectiveness and success of the international offices in New York and London, and opened a new office in Hong Kong.

“In helping to grow PSP Investments from what it was when I joined the team in 2004 to the respected international investment company that it is today, I have been fortunate to work with executives and investment professionals who are among the best globally. The timing of this transition will happen at a time when PSP Investments will be well positioned financially, with a very capable executive team in place to continue execution of PSP Investments’ strategy and business plan, permitting a smooth transition to a new leader”, said Neil Cunningham.

“I would like to recognize the immense contributions made by Neil Cunningham to PSP Investments. PSP Investments’ strategy and growth, leading to strong financial performance from both an absolute and relative basis, is a testament to his leadership”, said Martin Glynn, Chair of the Board. “I am also very grateful to Neil for giving us ample time to conduct a fulsome search process for a new CEO and ensure a smooth transition.”

An executive search firm has been secured to assist with selecting a successor. In the meantime, PSP Investments will continue to move forward on its plans and strategies.

The Public Sector Pension Investment Board (PSP Investments) is one of Canada’s largest pension investment managers with C$204.5 billion of net assets under management as of March 31, 2021. It manages a diversified global portfolio composed of investments in public financial markets, private equity, real estate, infrastructure, natural resources and credit investments. Established in 1999, PSP Investments manages and invests amounts transferred to it by the Government of Canada for the pension plans of the federal Public Service, the Canadian Forces, the Royal Canadian Mounted Police and the Reserve Force. Headquartered in Ottawa, PSP Investments has its principal business office in Montréal and offices in New York, London and Hong Kong. For more information, visit investpsp.com or follow us on Twitter and LinkedIn.

Arc XP’s Digital Experience Platform drives up to $4.51M NPV, including $4.3M in savings, according to Total Economic Impact study

Arc XP's Digital Experience Platform drives up to $4.51M NPV, including $4.3M in savings, according to Total Economic Impact study

What to do When The Stock Market Tanks