Reflecting on 20 years of technology transformation at the Olympic Games 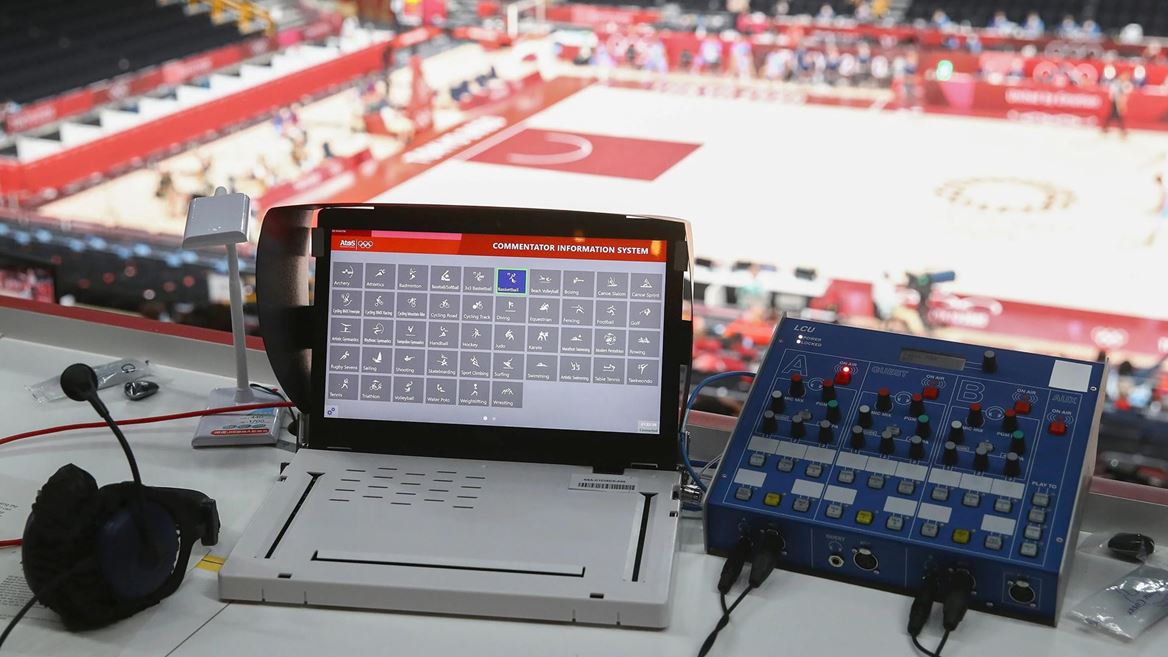 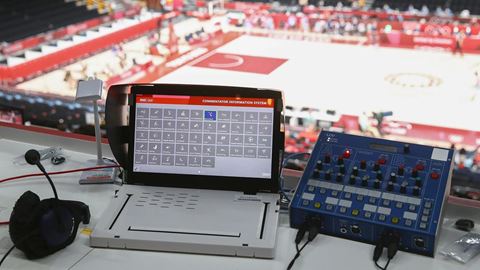 10 May 2022 – For more than 20 years, Michèle Hyron has been part of the Atos team that has helped transform the Olympic Games for the digital age. Following her retirement from the Worldwide Olympic Partner in March, she reflects on how the Games – and the technology that powers them – have changed over the last two decades.

Michèle Hyron knows better than anyone about the vital role that technology plays in successfully staging the Olympic Games. Having been part of the Atos team at every Games since Salt Lake City 2002, she has seen first-hand how technology has become increasingly important to Games-time operations, with the Worldwide IT Partner being at the centre of the complex technology effort that is vital to the successful delivery of each edition of the Games.

Hyron herself has also played a central role in the success of recent editions of the Games, acting as Atos’ chief integrator for the Olympic Games from London 2012 to Tokyo 2020, taking responsibility for leading the consortium of IT partners that design, build and operate the critical IT infrastructure and solutions for each edition of the Games.

For Hyron and everyone at Atos, their Olympic projects are huge undertakings. As well as providing the massive and complex IT systems and solutions, Atos’ role also includes ensuring that each edition of the Games is fully connected, secure and digitally enabled. And to guarantee that no disruptions occur during the Games, Atos and its staff complete thousands of hours of testing with all the IT partners to ensure that every system runs as efficiently as possible when it comes to Games time.

Over the last 20 years, as the digital transformation of the Olympic Games has accelerated, Hyron has seen an evolution of these critical systems, with technology operations moving to a more centralised and automated system, helping to reduce the carbon footprint and costs of the Games while accelerating innovation.

“When I look back at my time working on the Olympic and Paralympic Games, I can safely say that everything has changed,” she says. “Between Salt Lake City 2002 and Rio 2016, we built and decommissioned physical data centres at every site. The process was cumbersome to manage, and the hardware requirements kept growing as we needed to push more data through the pipelines. There were environmental concerns, too. Powering physical infrastructure required massive amounts of electricity, and sustainability was a growing concern.”

“Over the next several years, we continued to move more systems to the cloud,” explains Hyron. “When we started planning for Tokyo 2020, we decided to go with a 100 per cent cloud-based approach, which meant rethinking every aspect of our IT deployment strategy.”

Hyron’s Olympic journey began when Atos became the Olympic Movement’s Worldwide IT Partner ahead of the Olympic Winter Games Salt Lake City 2002. Having previously worked as a software developer for the transport industry and as a systems integrator for France’s first computer-run nuclear power plant, she was attracted to the challenge of integrating the huge IT systems at the Olympic Games, even if it meant uprooting her family from their home in Grenoble, France, to move to the United States.

“They were looking for people to join the team and head to Salt Lake City. My family and I decided to give it a go,” she recalls. “It was a big transition. There was a steep learning curve and a language barrier to overcome, but I was confident about what I could bring to the project.”

Hyron worked as a quality manager during Salt Lake City 2002 before becoming an integration manager for Athens 2004 and an operations manager for Beijing 2008. Her depth of experience then saw her named chief integrator for the Olympic Games London 2012 – a position she held up to her retirement after Tokyo 2020. Looking back at her time working on the Games, Hyron admits that it was unlike any other project she had been involved in.

“I quickly discovered that working on IT for the Olympic Games is a logistical, administrative and diplomatic challenge unlike anything I’d ever known,” she says. “Our direct clients are the IOC and the host city’s Organising Committee. But we also have to work with broadcasters, telcos [telecommunications companies], the press and various technology partners. This vast number of stakeholders requires us to navigate the cultures and the bureaucracies of the host city and country, and dozens of corporate entities of every shape and size.”

Working across 10 editions of the Games, in 10 different countries and four different continents, Hyron has gained a wealth of amazing Olympic experiences and also overcome many unique challenges – including those posed by the COVID-19 pandemic and subsequent postponement of Tokyo 2020. And reflecting on her long and varied Olympic career, she is quick to pay tribute to those she has worked with to contribute to the technological transformation of the Games.

“The past 20 years have been full of personal and professional highs,” she says. “I have marvelled at how technology has evolved, and I’m proud to have worked with hundreds of incredible IT professionals and experts from other fields. The most important thing I’ve learned during my career is that your technology is only as good as your people.

“To pull off a project this size and scope, you have to build the right team. Surround yourself with highly competent, intellectually curious and trustworthy people. You must give them the flexibility to experiment and provide strong governance to achieve every milestone. When your team is ready for anything, your partners will place their trust in you.”

And as she begins her retirement, having left Atos at the end of March, Hyron is able to reflect fondly on her Olympic achievements, while also looking forward to witnessing the continued transformation of the Games from afar.

“I treasure every moment since that fateful day I left France for America,” she says. “I’m proud to have built secure, sustainable and scalable IT environments that have transformed the Olympic experience for millions of people worldwide. I can’t wait to see the developments that new technologies and teams will deliver, and how they will continue to transform the Olympic Games for years to come.”

NO NEED TO HASSLE WITH SUMMER TRAVEL PROBLEMS AS