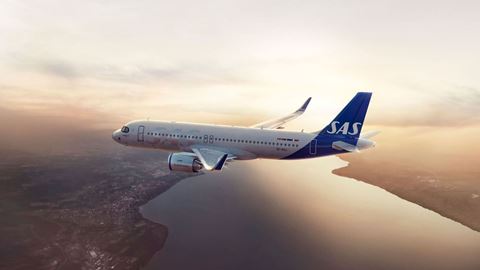 Vattenfall, SAS, Shell and LanzaTech will together investigate the production of the world’s first synthetic sustainable aviation fuel (SAF) using the LanzaJetTM “Alcohol to Jet” technology on a large scale in Sweden. Instead of using virgin fossil material in the production process, the synthetic SAF will be produced from fossil free electricity and recycled carbon dioxide from district heating.

The goal is that a new production facility will produce up to 50,000 tonnes of synthetic SAF annually, provided that an investment decision is made at a later stage. The synthetic SAF, also known as electrofuel, will be produced from fossil free electricity and recovered carbon dioxide using the  LanzaJet “Alcohol to Jet” technology, developed by LanzaTech and the U.S Department of Energy’s Pacific Northwest National Laboratory (PNNL). When full production is up and running it could provide SAS with up to 25 per cent of its global demand for sustainable aviation fuel in the 2030s.

A joint study has shown promising conditions for the project, and all partner companies now agree to carry out in-depth analyses. The ambition is to commission the new production facility sometime between 2026 and 2027 near Forsmark on Sweden’s east coast.

“SAS and Sustainability go hand in hand. That’s why we are incredibly proud to be part of this unique project where ambitious sustainability goals and agendas come together. Our joint commitment in finding ways to enable large-scale production of a more sustainable aviation fuel is a fantastic opportunity to accelerate the commercialization of SAF, and thus SAS’s transition towards industry-leading zero-emission flights,” says Anko van der Werff, President and CEO, SAS.

“This initiative shows the potential of cross industry partnerships to drive the decarbonization of a hard-to-abate sector. To innovate faster in order to bridge to a fossil free living within one generation. This is a really good opportunity and together we will explore further how to produce low emission electrofuel for aviation,” says Anna Borg, President and CEO, Vattenfall.

“Sustainable aviation fuel offers the greatest potential to reduce emissions from aviation. It is only by working together today across the aviation ecosystem to drive the technologies and infrastructure needed to produce SAF at scale that the aviation sector can achieve net zero by 2050. This is why I am excited for this collaboration to explore one more pathway for SAF production,” says Anna Mascolo, President, Shell Aviation.

“The aviation sector faces incredible challenges getting the volumes of SAF needed for sustainable flight. This project is the start of delivering on these volumes and by reusing carbon dioxide and fossil free power we have an opportunity for unprecedented scale. We need to rethink carbon and together with fossil free power, harness it to create a new climate safe future for all,” says Jennifer Holmgren, CEO LanzaTech.

The aim of the project is to get the production of electrofuel started in Sweden. The companies have signed a Memorandum of Understanding and agreed that Vattenfall will investigate fossil free electricity supply, hydrogen production and carbon dioxide recovery. Shell will investigate fuel production, logistics and be the electrofuel buyer. LanzaTech will provide its gas fermentation expertise to make ethanol from the input gas streams and parties will license the LanzaJet “Alcohol to Jet” technology to convert the ethanol to electrofuel. SAS will participate as a potential buyer of the electrofuel.