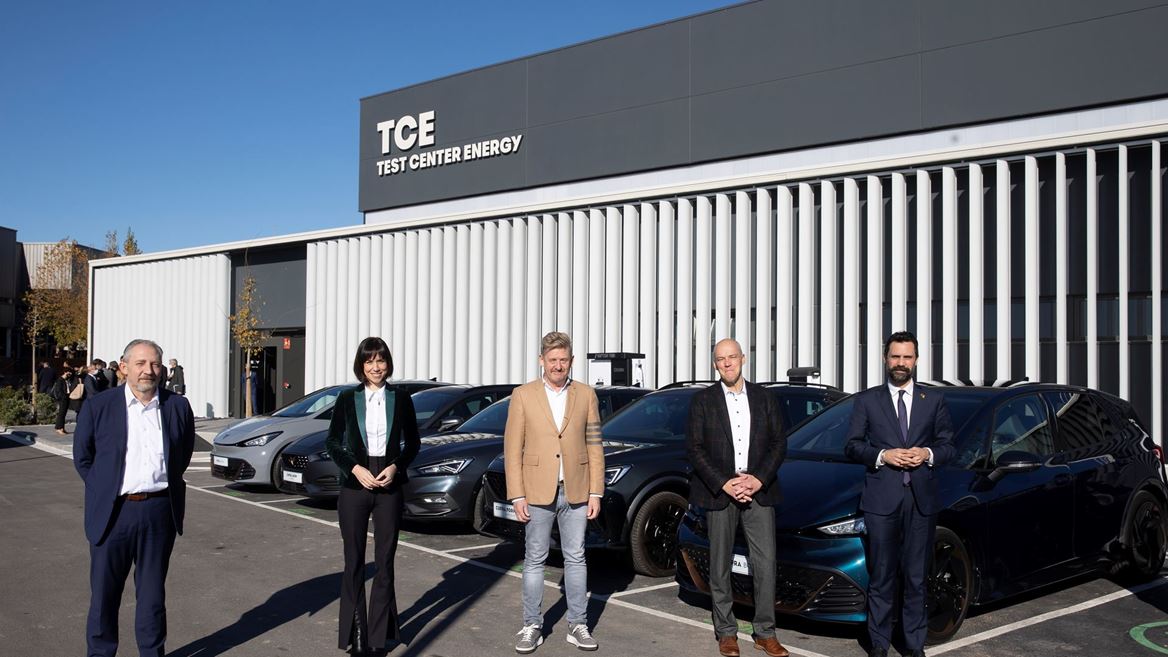 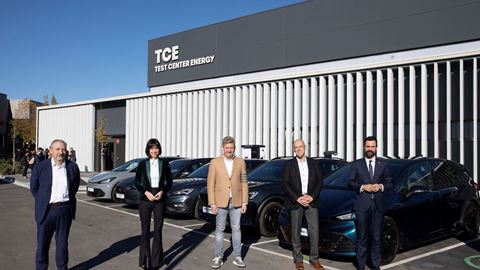 Martorell,15/12/2021. SEAT S.A. today inaugurated the Test Center Energy (TCE), a new battery research and development centre for electric and plug-in hybrid cars in which the company has invested more than 7 million euros. Located at the carmaker’s Technical Centre in Martorell, the TCE is being used to develop and test the performance of energy systems for electric and hybrid vehicles from CUPRA, SEAT and SEAT MÓ, as well as other Volkswagen Group brands.

The pioneering TCE forms part of the Volkswagen Group’s global R&D network and is the Group’s first such centre in Europe outside Germany, alongside those in China and the United States.  The TCE represents a further step in the company’s electrification strategy and is intended to become a key element of SEAT S.A.’s project to lead the electrification of the Spanish automotive industry. The TCE is part of the 5 billion investment plan announced by the company to electrify our vehicles and facilities.

This objective forms part of the Future: Fast Forward plan, through which SEAT S.A., together with the Volkswagen Group, aims to turn Spain into a leading European hub for electric mobility. The TCE also aspires to become a space for innovation, collaboration and research, offering training for young people in electric car production.

Today’s ceremony was attended by the Spanish Minister of Science and Innovation, Diana Morant, and the Catalan conseller of Business and Employment, Roger Torrent, who visited the facilities together with SEAT and CUPRA CEO Wayne Griffiths and the company’s Vice-President for R&D, Werner Tietz.

“Today is an important day for the future of SEAT.   We have the opportunity, and responsibility, to completely change our industry. The NextGenerationEU funds could allow us to turn our ambition into a reality. We expect the Government to publish the PERTE in the coming days. More delays in the call for tenders could be critical for relevant Future Fast Forward projects”, said Wayne Griffiths.

“The TCE will carry out up to 6,000 different tests a year, which will allow us to validate and guarantee the performance of battery and charging systems. Today’s launch is great news not only for the electrification of the company, but also because it will allow us to position ourselves as a benchmark in the development of solutions for sustainable electromobility”, added Werner Tietz.

Built in just 18 months, the Test Center Energy covers 1,500 square metres. It includes different spaces for the validation of battery modules with the most advanced cell chemistry technology, covering the full range of voltages used in the automotive industry. The TCE is current focusing on batteries for the MEB (electric) and MQB (hybrid) platforms, as well as different chargers used in all electrified vehicles.

In total, it has a test capacity of 1.3 megawatts, which is the equivalent power required by 350 households to have all electrical devices switched on at the same time, or over 100,000 mobile phones charging simultaneously. More than 25 highly qualified professionals work in these facilities.

The TCE can perform up to 6,000 complete validation analyses of high-voltage system-related functions (battery, charging, safety) annually. Batteries undergo an average of more than 17,500 hours of testing to ensure optimal performance under all circumstances, throughout their life cycle.

The facilities also house a workshop designed and equipped for testing electrified vehicles, with the space to work with up to eight cars at a time. Tests of the energy system, functional safety and function integration with all the electronics of hybrid and electric cars are carried out here. The high-voltage safety bench alone runs about 1,750 tests per year.

The TCE also features several climatic chambers which test batteries and modules under extreme thermal conditions, between -25 and +55 ºC, thus simulating the different conditions that a car may encounter in its life cycle. To design and manufacture prototypes and build interfaces for the test systems, a specific area has been equipped with the latest technology.

Built in accordance with SEAT S.A.’s commitment to protecting the environment, the TCE is currently undergoing the LEED (Leadership in Energy & Environment Design) certification process, which accredits it as a sustainable building with minimal environmental impact.