by GlobeNewswire
in Uncategorized
235 17
0 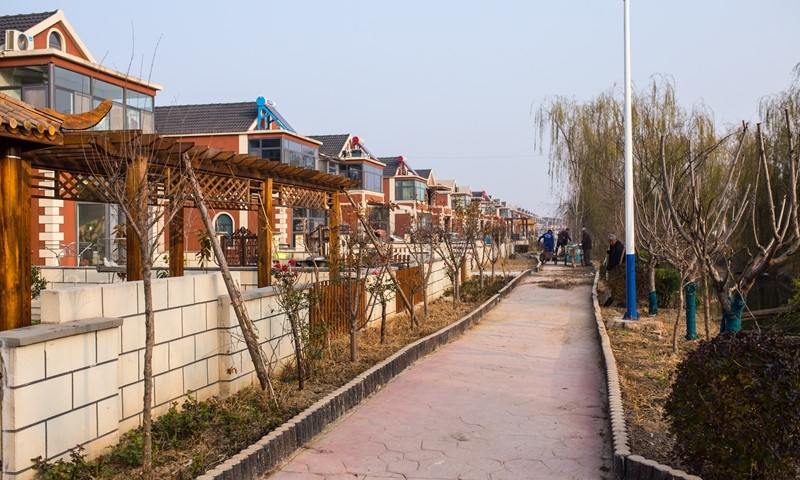 This is a quote from Xue Er, the first passage of The Analects by Confucius, China’s greatest philosopher who lived 2,000 years ago. The doctrine is also considered as one of the essences of Confucianism and occupies a prominent position in traditional Chinese society and culture.

In Jining, a city in East China’s Shandong Province and birthplace of the sage, people are implementing every day the concept of “harmony is precious”, making it a mirror that reflects how Confucius’ wisdom is still guiding and nurturing its offspring.

Over the past 40 years of reform and opening-up the garlic industry has developed notably . In 2019, the total industrial output value of Cuikou village was 720 million yuan ($113 million), the collective income reached 5.6 million yuan ($879,000) and the per capita net income of farmers was 46,000 yuan ($7,220). Here, almost every family has their own company.

The Cuikou village is known as the “No.1 Garlic Village of China.” Photo: Shan Jie/GT

Like Hougang, Cuikou also saw a great change in the past few decades. Before that, Cuikou used to be known as a poverty-stricken village full of problems and conflicts.

Along with the renovation work, Cuikou has developed its own management under the  Confucian concept of “harmony is precious.”

Zhang Aijuan, a local civil servant stationed in Cuikou village, has been working here since 2015 and is responsible for the mediation among villagers. According to her, disputes on land, finance, or daily life used to affect the production and operation of business in the village.

Zhang’s co-worker Tian Shuguang told the Global Times that they would intervene to mediate as early as possible. “We would find the root of the conflict and try to solve it making the villagers understand each other,” Tian said, adding that “most of the conflicts can be solved inside our village without relying in a petition or legal government departments,” Tian said.

“However, our job is not to prevent villagers with requests and problems from petitioning, but to learn about their needs and help them truly solve them,” Zhang Yali, Director of the Social Management and Service Center in Yushan community, which administrates Cuikou village, said. Zhang highlighted that the “people are satisfied with our work and service.”

In addition, the villagers also chose several prestigious senior citizens in the village to help administrate Cuikou, like in the Roman Senate. Seniors participate in making decisions as well as mediating.

The Jining Leadership Political and Moral Education Base in Qufu of Jining was founded in 2015 and has become China’s major training base for cadres of the Communist Party of China, government officials and even government employees from other countries.

The base has held up to now 1,600 training sessions for ministries, companies and government of different levels, with 89,000 participants. The training combines the positive content of traditional Chinese culture with Confucianism and current affairs, aiming to improve the morality and quality of the officials.

The training also tried to demonstrate international solutions for social management in other countries. More than 300 senior officials from 25 countries under Belt and Road Initiative, such as Fiji, Vietnam and Kyrgyzstan, have participated in the training program on social management theories.

“For Chinese people, no matter how much they know about traditional culture, they have the consciousness to understand the importance of ‘harmony,'” Qiu Yinjiang, member of the Party committee at the Political and Moral Education Base, told the Global Times.

“After all, Confucianism is also reflected in the Chinese democracy that we have been talking about nowadays,” Kong Hongen, a lecturer at the base said.

“Educating the people, enriching the people and supporting your people, these are some propositions of Confucianism,” Kong said, noting that “this is also what China has been doing and getting achievements. In Confucianism it is called the society of ‘the Great Harmony.'”