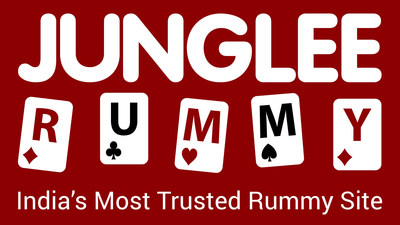 NEW DELHI, India, June 23, 2022 /PRNewswire/ — If one thought rummy was just for the men of a certain age from a certain socioeconomic class, think again. Thanks to Junglee Rummy, the most popular card game is changing the dynamics and breaking the barriers of gender, age, and socio-economic background. The 11th edition of Junglee Rummy’s flagship tournament, the Rummy Premier League (RPL), set all kinds of new benchmarks for the gaming industry. The total prize pool of ₹40 crores was the biggest ever, as was the ₹5 crores set aside for the grand finale. What’s more, the winner was Gujarat’s Suneeta Sitaram Sharma, who took home an industry-record 1st prize of ₹1.5 crores.

Suneeta started off by playing free tournaments on Junglee Rummy, graduating to cash competitions only during RPL 11. The only deposit she has made on Junglee Rummy to date is  ₹100. Her winnings on the platform so far are close to ₹2 crores.

Suneeta is no exception either. During the first edition of the RPL back in 2018, it was Aditi Gupta from Bemitra who drove off with the first prize, a brand-new Honda Amaze car. And in a separate promotion held on Junglee Rummy in May 2022 – The Grand Rummy Playground 4 – Bihar’s Rajmani Kumari won a Royal Enfield Interceptor 650 as well as ₹12.15 lakhs in cash. Sandeep Kumar from Uttar Pradesh won a Kia Sonet HTK 1.5 car as well as ₹16.61 lakhs in cash. Another woman, Sravanthi K. from Tamil Nadu took home ₹8.56 lakhs after finishing third.

The prize pool of ₹5 crores for the grand finale of RPL 11 easily outstripped the previous figure of ₹4.29 crores. That record was also made in a Junglee Rummy contest held in January 2022.

Junglee Rummy is helping people find a sense of community and connect with like-minded game enthusiasts. The frequent tournaments and promotions on the platform keep players engaged and entertained. “It was an unbelievable moment for me – I couldn’t process the news that I had won the RPL tournament. I have always played for my passion for the game. The constant support and encouragement from my husband and children helped me win such a big amount. I still can’t believe I am the one who has won ₹1.5 crores! Thanks to Junglee Rummy for rewarding players’ passion for the game with fabulous prizes,” said Suneeta.

Suneeta was no lone star, though. Loganathan Subramani from Tamil Nadu took home the second prize – a whopping ₹50 lakhs. And Shiva Rahulan Shetty from Maharashtra finished third with winnings of ₹20 lakhs. Irrespective of state, language, gender, or religion, millions are taking up virtual cards every day.

Expressing his happiness at the achievement, Bharat Bhatia, VP of Marketing at Junglee Games, said, “Our idea when we conceptualized Junglee Rummy wasn’t just to draw in serious rummy players – it was to recreate the wonderful memories millions of Indians have of the game of rummy and provide quality gaming experience to everyone. These milestones are testimony that we are moving in the right direction.”

Innovative game apps like Junglee Rummy are here to stay, having built up a loyal fan base in a short space of time. It was Tom Cruise in the movie Jerry Maguire who first uttered the words: “Show me the money!” For millions of card game enthusiasts in India, that’s what Junglee Rummy is doing right now: offering cash prizes for showcasing superior gaming skills.

Junglee Rummy, the most trusted rummy site, has more than 40 million registered users who play online rummy regularly on the platform. The platform offers a world-class gaming experience with enhanced features and robust security infrastructure.

Offering the fastest withdrawals in the industry and highly responsive 24X7 customer support, Junglee Rummy is known for being the industry leader when it comes to providing the most enjoyable online rummy experience.

M/V Riva Wind and M/V Arizona Both Sail from Ukraine with 105,000 Tons of Grain