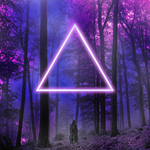 While Taylor Swift fans prepare themselves for the upcoming re-release of Red, scheduled for November 12th, they have been treated to an enlivening version of a fan favorite album to tide them over until next month.

Remixes usually serve to bring fresh energy and soul to the original music, and this is certainly the case with the UltraViolet DJs’ new Taylor Swift remix. They have taken Swift’s album Folklore and given it a new lease of life.

Bradley Keys, lead producer and collaborator with the UltraViolet DJs, speaks to why this record and why now:

“I always connected deeply with Taylor Swift’s Folklore’ album,” Keys said. “A masterpiece created in isolation with such depth and characters and folklore and story. As I sat more with this record while working at building my own sound and craft with music production, I started to hear these songs interpreted in a different way with a very different sound palette. Hearing elements of EDM, future bass, synth wave, future house and more to give it new light.”

“I started on this project at the beginning of August and have been immersed in creating the electronic version of the album deemed UltraViolet Folklore. It has been a great labor of love, getting me closer to 10,000 hours in the studio and connecting with a piece of work that has been so meaningful and present for me.”

Taylor Swift is perhaps one of the most divisive artists on the music scene today, having found both a huge army of adoring fans and hordes of haters throughout her years of being in the public eye.   She has constantly evolved and re established herself at the forefront of the industry album after album.

UltraViolet DJs created this project with the belief that Swift’s music helps “to raise the vibration of the world” – something they are wishing to amplify and build upon with the new 16 track Folklore remix.

“It’s a vulnerable moment to let such a thing into the ethos,” Keys states. “I hope you have a chance to listen and feed off of some of the same inspiration that I have over the last year.”

UltraViolet Records is an independent label specializing in independent electronic genres including house, future bass, EDM and more. The label strives to turn out original, beautifully crafted music that raises the frequency of the planet.

(This News has not been edited by the Life Care team, it is published directly from the agency feed.)

LifeCareNews.in provides the information “as is” without warranty of any kind. We do not accept any responsibility or liability for the accuracy, content, images, videos, licenses, completeness, legality, or reliability of the information contained in this article. If you have any complaints or copyright issues related to this article, kindly contact the provider above.

Celldex to Present at the 2021 Cantor Virtual Global…

Snorkel AI Announces Speaker Line-Up for The Future of…

The Federation of World Peace and Love Celebrates the…