The Meeting of Foreign Ministers of the Council of Europe: 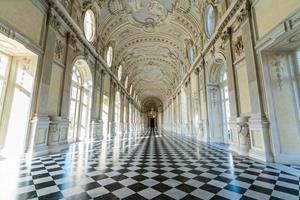 TURIN, Italy, May 23, 2022 (GLOBE NEWSWIRE) — Città di Torino, Regione Piemonte e Visitpiemonte: Turin and Piedmont continue to play a leading role in major international events, and it is highly symbolic that this region and cradle of cultural heritage was chosen to adopt a Recommendation of the Committee of Ministers to member States on the role of culture, cultural heritage and landscape in helping to address global challenges. On May 19 and 20, the city hosted the meeting of Foreign Ministers from the 46 member states of the Council of Europe. The event was an opportunity to recall the long diplomatic tradition of Turin and Piedmont, which has ascended to a significant international role since the 1800s. Italy’s first capital city, Turin, is a Baroque jewel on the banks of the Po River with a two-thousand-year history. A UNESCO Creative City for Design, with more than 50 museums and symbols of the Made in Italy renown in the world, such as vermouth and the famous Gianduja chocolate, Turin is a metropolis of sparkling vitality, futuristic ingenuity, and culture of international calibre, ranging from music to contemporary art.

The Foreign Ministers of Council of Europe member states visited some historical buildings of Turin: the National Museum of Risorgimento Italiano (the Unification of Italy); the first Chamber of Deputies of the Subalpine Parliament of 1848, where the process of building the Italian state started; the Palazzo Madama which, in itself, sums up the whole history of the city of Turin: once a Roman gate, in the Middle Ages it was transformed into a fortress and then into the castle of the princes of Acaja. Since 1934 the palace has housed the Civic Museum’s collections of ancient art, with more than 60,000 works of painting, sculpture, and decorative arts spanning from the Byzantine period to the nineteenth century.

The meeting was in the Reggia di Venaria (Palace of Venaria). An architectural and landscape masterpiece of Piedmont, it is among the most visited museums in Italy, after the completion of the 8-year restoration work promoted by the European Union and overseen by the Ministry of Culture and the Piedmont Region.

The Reggia is part of the Royal Savoy Residences of Piedmont circuit, a UNESCO World Heritage Site. The palace was designed by the greatest architects of the Baroque era. Today, it offers a vast tour itinerary that includes the enchanting Diana Hall, the solemn Great Gallery, the Chapel of St. Hubert, the immense complex of the Juvarra Stables, temporary exhibition areas, and remarkable contemporary artworks. The palace also opens onto the splendid Royal Gardens, which won the title of ‘Italy’s Most Beautiful Park’ in 2019. For more info on tourism in Piedmont: visitpiemonte.info and turismotorino.org