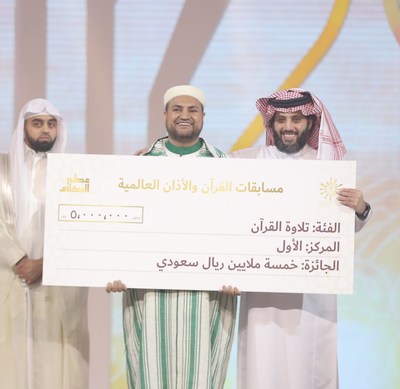 – Revealing that another edition will be organized next year

RIYADH, Saudi Arabia, April 20, 2022 /PRNewswire/ — The Chairman of the Board of Directors of the General Entertainment Authority, Mr. Turki Al Al-Sheikh, honored the winners of the international competition of the Holy Quran and call to prayer Scent of Speech (Otr Elkalam) and presented them with the valuable prizes allocated to the most beautiful voices in the Holy Quran recitation and the call to prayer. The total value of the prizes is SAR12 million ($3.2 million).

In the last episode of the Scent of Speech (Otr Elkalam), which was distinguished by the ethnic diversity of the contestants, the Moroccan contestant Younes Mustafa Gharbi won the first place in the Holy Quran recitation category, with a financial prize of SAR5 million ($1,333,300), while the British contestant Mohammed Ayoub Asif received SAR2 million ($530,500) for winning second place. The Bahraini contestant Mohammad Mujahid won SAR1 million ($266,600) for achieving third place. The Iranian contestant Seyed Jassem Mousavi won fourth place and received SAR500,000 ($133,300).

During the award ceremony, Al-Sheikh announced the continuation of the competition next year, with different numbers of contestants from different countries around the world, from which the current competition was attended by talented participants in reciting the Holy Quran and delivering the call to prayer.

The is one of the most important competitions launched by the General Entertainment Authority during Ramadan, which was also shared on the competition’s YouTube channel https://www.youtube.com/c/OtrElkalam/videos with its content that suits the spirituality of the month, as well as its standards and provisions that enhance competitiveness, through stages and classifications through which qualifying procedures are carried out to ensure that the best-qualified talents reach the final stages.

The exciting competition received the support of reciters and muezzins from all over the world, as it is one of the most challenging and largest competitions in the world, especially because it hosts a group of the most famous judges of international Quranic competitions. 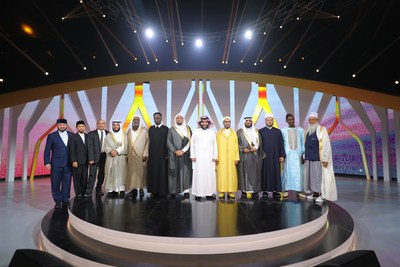 Zumbido, the World’s First Networked ERP, is the Latest Buzz in Supply Chain Management in India

Zumbido, the World's First Networked ERP, is the Latest Buzz in Supply Chain Management in India